Animation to Feel in Advertising

Showing perfection does not always deal with beautiful images and nice music. Those appeal to the two senses of vision and hearing only, but we have three senses more that could come in handy for advertisements. Ads can put in the work all the five senses to have a stronger effect on spectators, knowing the fact that some ads don’t even need to stimulate the other senses as the subject doesn’t ask for it.

As we move forward with the concept, we might ask ourselves: is it possible for ads to activate the other three senses to make us feel the real thing while watching the ad? How can I smell that coffee? How is it feasible to feel that soft and fluffy mattress? How can we taste that chocolate by just watching it? The answer is not that easy to give, and it all depends on how we can stimulate and touch those senses through a video in a proper way.

A clear example would be when I get asked by a friend if I have ever tasted chocolate with pepper flavor. What he needs to do to make me understand is to explain the flavor by using the feelings I’m already familiar with and have experienced before. He would start his explanations as: it tastes like milk and dark chocolate with a bit of mint and pepperoni mix in it, but not like the one you get in the market and more like black pepper, and a bit soft as it melts into your mouth and a tad of spicy feeling when you swallow it.

Now, it makes more sense for me how the chocolate might taste. The solution was to imagine it and let my brain do the rest of the job. I already tasted all those flavors before, and I was familiar with all those examples he mentioned. His explanation created an image in my head which helps me in making decisions and definitely would be considered when it comes to buying it or choosing another flavor.

The effects of images and the feeling we get from them could be also used in a very positive way even to heal and to be used against illnesses. We could then understand the power of images.

Let’s put this example into action. First, my friend is the chocolate company that tries to sell its upcoming new chocolate flavor and send it into the market; secondly, I would be the consumer who wants to buy the new product; third, the image I created in my head through the story that my friend told me would be the ad I watch on TV. The chocolate company tells people how the new chocolate would taste with the help of a sequence of imaginary pictures, or better, saying it by animation.

Animation could or could not be included in making the images; but more often than not, impossible and dream-like scenes are mostly made of animation or partially animated scenes. Successful storytellers could explain the feelings by just working on sight and hearing. The possibility of using all five senses now is evident, all feasible by just giving the audience some similar and tangible feelings that almost everybody has experienced before to finally make a new concept: not to understand, but this time to feel.

Here are some ad samples to see how it could be done. I take a TV commercial as an example that advertises a bottle of cloth-softener with different odors. It softens clothes and makes them smell fresh and new; there are also fragrances like rose, spring and more to choose from. The ad should also give the viewers the touch sensation when clothes are pulled out of the washing machine. Now, the ad tries to stimulate two senses of touch and smell in the audience, as well as vision and hearing which is already has been accomplished by making the commercial.

On the other hand, the commercial uses the mascot that the company, Unilever, created in the early 90s and that is called Coccolino (figure 1). He is a little clean and soft baby cob doll; by only watching it, one can feel the softness of its material. The commercial takes advantage of this known fact too and makes the audience feel the softness of the clothes. This has been accomplished only by a couple of movements such as when the mother in the ad runs her hands over the clothes, bringing her and her daughter to smile with satisfaction.

Finally, Coccolino holds a bouquet in front of the mother’s face, while she is blindfolded during a game, to guess the odor then an object (figure2) that has been washed clean by the product. By this trick, Coccolino accomplishes to activate the sense of smell in the audience.

The ad is a mixture of real scenes filmed by cameras with 3D-computer-generated-models and animations such as the flower, sock, some of the clothes and Coccolino itself. A niche and simple storyboard of the ad activates all four senses of vision, hearing, smell and touch in the target audience to make them feel the softness and smell the product.

Now people know what to expect when they pull clothes out of the washing machine after using Coccolino and the rest would be to choose among the odors that the company offers. This commercial didn’t need to work on the sense of taste which doesn’t have to do anything with the ad. Ads such as coffees, chocolates, burgers and generally edible products need to activate the taste sensation instead.

There are also more examples to feel the combination of senses plus what it could be felt mentally, physically and spiritually. Another ad advertises a perfume that has the smell of the spring. The ad would show a girl who puts the fragrance on and suddenly she finds herself in a green field, big trees, perfect weather, clean air, breeze through her hair, colorful flowers blooming here and there, birds and butterflies flying around her on a sunny day while she is wearing a bright color gown and her long blond hair hanging down on her shoulder.

In this example, only the girl has been filmed in the studio standing in front of a big green screen and the rest is animation mixed with some real prepared scenes and short footages to add as layers to the video. The ad aims to pull the viewers into the scene where the girl is and to make them feel. In fact,  nothing like that would happen in the real world but in our mind and dreams animation could depict and visualize the scene for us to feel the breeze on our skin, smell the spring and the atmosphere as well as sensations such as happiness, freedom, and calmness in a peaceful field in springtime.

There are many examples worth mentioning here such as those of remedies in the medical area. Painkillers for backaches or headaches, anti-fungus creams, burning stomach pills, sore throat sprays, runny nose bottles, allergy removers and many more that need to show how does it feel like before and after the relief that comes to cure the pain.

A sore throat is shown like a gathering of a bunch of ugly weird creatures in the throat having fun (figure 3) or maybe like trying to eat a spoon full of pins till the remedy comes and makes us feel like having a clean throat where those creatures escape and disappear from the scene and the pins that turn into a soft and sweet piece of cake.

All those sceneries are made of imagination, a virtual camera that rolls into a mouth to see the difference made before and after using the anti-sore throat syrup. The clearer and more tangible they are in giving the right sensations more successful the ad will be.

In the example below (figure 4) the pressure the vise makes on the sides of the man’s head is tangible and gradually would go off after using the painkiller. The animated vise holding the man’s head, the vibrations and the other animated elements give us the feeling of the pain he is going through and, by natural impulse, viewers don’t feel comfortable watching the scene, so finally by loosening the pressure and ultimately taking it off of the man’s head, by the help of Momendol pills, viewers feel free and relax.

Other feelings such as embarrassment and shame also could be targeted for advertisers to include in the ads. Situations like an embarrassed lady showing her smile while taking pictures with her friend because of the bad smell of her mouth and her teeth that need care, or the one that goes shopping for shoes and feels embarrassed taking her shoe off to try a new one because of the fungus on her toenail.

On the latter, a magical little blue human-like-hero comes in, using his superpower ability to do his magic on her nail to cure and remove the fungus and save the day for everyone experiencing the same problem and more importantly to show how the cream functions on the infected area (figure 5).

In all those situations of activating the other three senses, we notice the massage that advertisers use which would be “it’s like …”. Having that is more like, experiencing it would like, drinking it seems like, smelling those would be like; and then, an example comes which builds up the idea, visualizes it and, at the end, sums everything up in an animated show.

ROOZBEH KEYVAN, MA, MCSE (01.02.2021)
This article has been written for educational purposes. So, all the pictures in the article may be subject to copyright. The author (Roozbeh Keyvan) takes no responsibility for using the pictures for any commercial purposes. 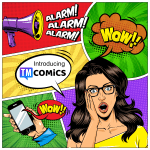 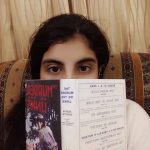