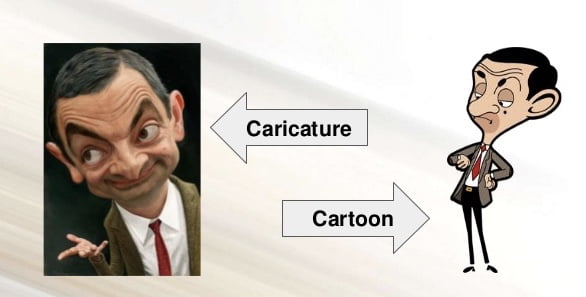 Exaggerated imitation in the form of grotesques, mimicry, and satire has a long history, but graphic caricature in the modern sense as the distortion of specific persons for amusement and ridicule appears only in the late sixteenth century. It emerges as the ideas of civility and sociability, codified in the work of Baldassare Castiglione (1478–1529), Giovanni Della Casa (1503–1556), and Stefano Guazzo (1530–1593), spread to include the relations among artists. As a visual form of wit, a then highly prized social skill, caricature became at once an expression of and a means of fostering mutually agreeable interactions among members of a group.

Thus the Florentine painter Luigi Baccio del Bianco (1604–1657) is said to have dined out on his ability to render the company “as ridiculous as one could imagine,” and Gian Lorenzo Bernini’s (1598–1680) delight in caricaturing is said to have derived from the enjoyment it gave his noble victims. The highly abbreviated and comically distorted likenesses drawn by Bernini and others in the seventeenth century differed from earlier grotesque figures and faces by representing individuals rather than types, and from earlier satires of individuals by ridiculing persons rather than their corporate status.

And in contrast to later social and political caricature, which acquired a wide and varied public, they were typically made and consumed in face-to-face encounters within a closed circle. That caricaturing originated among artists is confirmed by the earliest name for caricatures, ritratti caricati, that is, “loaded” or “charged portraits” (from the Italian caricare,’to weight, load, charge’: cf. the later French portrait chargé ). This form follows that of colori caricati, the studio term for intense, deeply saturated colors. Caricatura first appears in print and a letter by Bernini in the 1640s and, via the French caricature, gives us the English word.

The traditional view that caricature began in the Carracci workshop in the 1580s—though no examples are now certainly identified—is supported by its popularity among their followers, and it was naturalized in Rome by Bernini, for whom it became a typical expression of his artistic personality. With a few rapid strokes of his pen, the artist shrewdly threw into comic relief the distinctive features of such familiar faces like that of his patron, Cardinal Scipione Borghese (before 1633, Biblioteca Vaticana, Rome).

By the early eighteenth century, caricature had become fashionable in Rome and was spreading elsewhere. Pier Leone Ghezzi (1674–1755), a Roman painter and portraitist, documented in more than two thousand amusing, gently mocking drawings the comings and goings of artists, opera singers and musicians, churchmen, and nobles of both sexes, all of whom readily consented to see themselves caricatured.

Caricature, evidently unknown in Paris when Bernini visited in 1665, was later occasionally practiced by Jean-Antoine Watteau (1684–1721) and others, and etchings after Ghezzi’s work became popular in Germany. But it was in England that the art was to have the greatest resonance. Enthusiastically embraced by amateurs of the aristocracy and the wealthy classes, who pursued it in the sociable spirit of its origins, caricaturing acquaintances became so fashionable that in 1762 a book appeared offering “young gentlemen and ladies” instruction in how to draw caricatures.

It was, however, the more formidable resources of print and party that were responsible for the later explosion of English political and social caricature. In the 1750s George Townshend began to turn his talent for a caricature to practical ends by printing ridiculing images of his political adversaries. Although widely decried, the factional use of portrait caricature was not to be denied and indeed was greatly strengthened by William Hogarth’s (1697–1764) reworking of the seventeenth-century northern tradition of satirical broadsides.

In appealing to the high-art traditions of history painting, Hogarth’s engravings of such “modern moral subjects” as A Harlot’s Progress (1731) and A Rake’s Progress (1733–1734), Marriage à la Mode (1743), and industry and Idleness (1747) provided later artists with not only brilliant examples of social criticism but models for how composition, gesture, and symbol could be used to create vivid pictorial narratives. Thus, drawing on Hogarth’s inventions, later political prints are both inescapably personal and remarkably convincing so that the mockery was all the more effective.

Any public person, the royal family not excepted, might be savaged in a scurrilous or libelous attack, often bought and paid for by an opponent, and an eager audience devoured the result. Such license was peculiarly English, and indeed caricature adopted a decidedly nationalist cast with the French Revolution and the advent of the Napoleonic wars. James Gillray (1757–1815), who began making political cartoons in 1778, produced ferocious indictments of republicanism (Un petit souper à la Parisienne:—or—A Family of Sans-Culottes Refreshing after the Fatigues of the Day [1792],

directed against the slaughter of the Swiss guards at the Tuileries), and later of Napoleon, his “Little Boney” making an appearance in forty-odd works. The French leader was also targeted by Isaac (1789–1856) and George (1792–1878) Cruikshank, but populist patriotism did not exempt the government and its policies from criticism. In Gillray’s The Plum-pudding in Danger (1805), William Pitt, the prime minister, happily joins Napoleon at the table to slice up the globe, and when John Bull appears in print as the personification of the British people, he is as likely as not being victimized by those in charge.

Political satirists also turned their hand to social satire, on occasion even the rage for caricaturing, but typically the many fashions and foibles of a society coming to terms with its luxury. Although sometimes aspiring to the moral seriousness of Hogarth and not without sharp edges, they tend to be altogether more tolerant of human nature. In his many drawings mixing exaggeration and likeness Thomas Rowlandson (1756–1827) does not so much castigate vice as expose the humorous aspects of urban and country life.

For social criticism to equal the harshness of English political satire, one must turn to the work of Francisco de Goya e Lucientes (1746–1828) in Spain. In his Caprichos (1797–1798), Goya depicted such a darkly comic, frequently misogynist, view of human ignorance, superstition, and folly that there seems small hope it can be remedied under the lash of his satire. 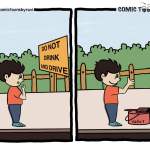