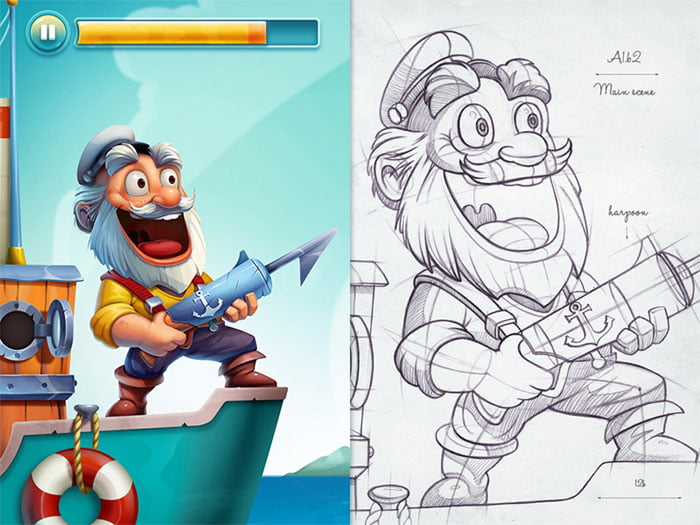 Use a Unique Body Shape One thing you can do to make a unique character is to make sure your design has a distinctive body shape. Your character’s body shape should help convey their personality. You should be able to pick their silhouette out of a lineup.

Body shapes, like an exaggeration, should help make it clear what a character does. Tall, muscular characters should be strong, and an agile character should be small and wiry.

You should also think about the species of your character. Science fiction stories often feature aliens and robots, and talking animals feature a lot in children’s cartoons. If your character is human or not makes a big difference for a lot of character design choices. It might be intimidating, but it can also be a lot of fun. Determine early on what your character’s species is.

If you’re having trouble deciding on your character’s species, try and create your own or add in elements to help create a more personality-filled character. Try out both animal-like and human-like features. Even if you’re drawing a horse, giving it eyebrows may better allow you to express its personality and emotions. That’s what they did for the animated film Spirit: Stallion of the Cimarron.

Horses don’t actually have eyebrows, but it was hard to create the right facial expressions with a more realistic looking horse character. This fantastical addition is a great solution if you’re stuck in a rut about how to better express your character.

An interesting trick to try is to draw the character’s head separately from their body. Then draw three different body types on another piece of paper. Line up these body types with the original head design. Which one looks like the best fit and why? This can help you better understand what kind of body your character should have to best express their personality. The kind of line you use to create your character design can say a lot about the kind of character people are looking at. For approachable and cute characters, try using combinations of thicker, softer, round, and even lines.  Use more jagged and sharper lines to convey a more erratic and uneasy character. A key to learning how to design characters is knowing what you should exaggerate to best convey who that character is an appeal to your audience. Character design is rarely photorealistic but is instead an abstraction of the real (or imagined) thing. Visually conveying a feeling of the character’s personality is more important than completely accurate anatomy.

Exaggeration helps emphasize personality traits.  If you’re trying to convey that a character is physically strong, give them impossibly muscular arms and very broad shoulders. For a very character who is genius, give them crazy Einstein hair, large glasses, and white lab coat. These absurd exaggerations allow people to instantly know at least one major trait of the character. Color also does a lot of work in communicating a character’s personality. Normally, people associate darker colors like black, purple, and gray with bad or at least more shadowy types of characters.

Lighter colors like pink, white, blue, and yellow are more often associated with good guys and pure intentions.  Bold red, yellow, and blue lend themselves to heroism thanks to a lot of use in comic books. You can use too much color, however. Colors should add to your character’s personality, not distract from it. The most iconic character designs have only a few colors. Think of Scooby Doo or Bugs Bunny.

They don’t have a massive color palette, but they are very successful designs that have remained recognizable for decades. Too much color confuses viewers. They won’t know where to look since there’s simply too many points of interest in your character design. Try to use three base colors with value variations on them when needed. Clothing and props help make a character’s traits and background clear. Using uniforms or uniform-like clothing will reveal a character has a tie to the profession that uniform is associated with. This is also true for cultural clothing or items, like cowboy hats or katanas. Little touches like a facial scar can help pull together the sense of who the character is nice.

Real people use things. A lot of us have items that mean stuff to us. Why did you choose the keychain that you’re using for your car keys? Why is your favorite shirt your favorite? The things we use are a reflection of our personalities. It will make your characters more believable and relatable if they have things that matter to them and express ho they are, too. You can have muted or explosive expressions, depending on the personality you’re dealing with, but a dull neutral face rarely makes for good character design.  If you’re creating a character for animation or comics, you’ll need a sense of their facial expressions in a wide range of situations. One way to study emotions is to sit in front of a mirror and express different emotions on your own face. Show yourself what being sad, being angry, being thoughtful, and being happy look like on a human face. You can also try to imagine how your character reacts to a certain situation and what their expression would be like.

Focus on the brows, eyes, and mouth, since those are the most obvious ways we show emotion. This can be a good way to develop a better understanding of who your character is and how to convey their feelings.

Remember to Keep It Simple It’s important to remember that you and other people may end up drawing your character over and over again later on. You may also be drawing them in different poses and doing all sorts of different things. The character design should remain consistent throughout all of this. An over-complicated design makes this very hard to accomplish. Tattoos and elaborately patterned clothing, while maybe fun to draw and certainly interesting, will be hard to draw correctly from all angles, so you may want to avoid them on a character design that will be drawn over and over again in many different poses.

Give Your Character Goals, Dreams, and Wants A character’s goals are the driving force behind their personality. There should be something missing from your character’s life that provides some thrust behind their actions. Without goals, what would make your character do anything at all? This sense of incompleteness and even the flaws created by it will also make the character design more interesting. 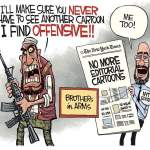 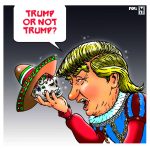