The Simpsons had already been attacked by Bush’s wife Barbara, who passed away last week, the First Lady dismissing the show as “the dumbest thing I have ever seen” in a 1990 interview with People magazine.

In 1996, The Simpsons responded with an episode entitled “Two Bad Neighbours” in which George and Barbara Bush moved in across the street from Homer, Marge, Bart, Lisa and Maggie on Evergreen Terrace and became infuriated by the family’s disruptive antics.

Modeled on the 1959 nuisance neighbor sitcom Dennis the Menace (unrelated to the Beano character of the same name), the episode superbly sent up the former president’s outmoded conservative values.

The irreverence of the gesture is typical of The Simpsons, which began life as a series of short interludes to The Tracey Ullman Show in 1987 and is now in its 29th season.

On Sunday, it will become the longest-running scripted TV show in history when its 636th episode airs in the US, finally outdistancing the dogged old western series Gunsmoke (1955-75).

While the common consensus is that the program achieved its “golden age” between seasons three and 13, and thereafter shifted its focus from character development to throwaway jokes and empty pop culture references, it keeps on rolling along: an apparently unstoppable juggernaut. 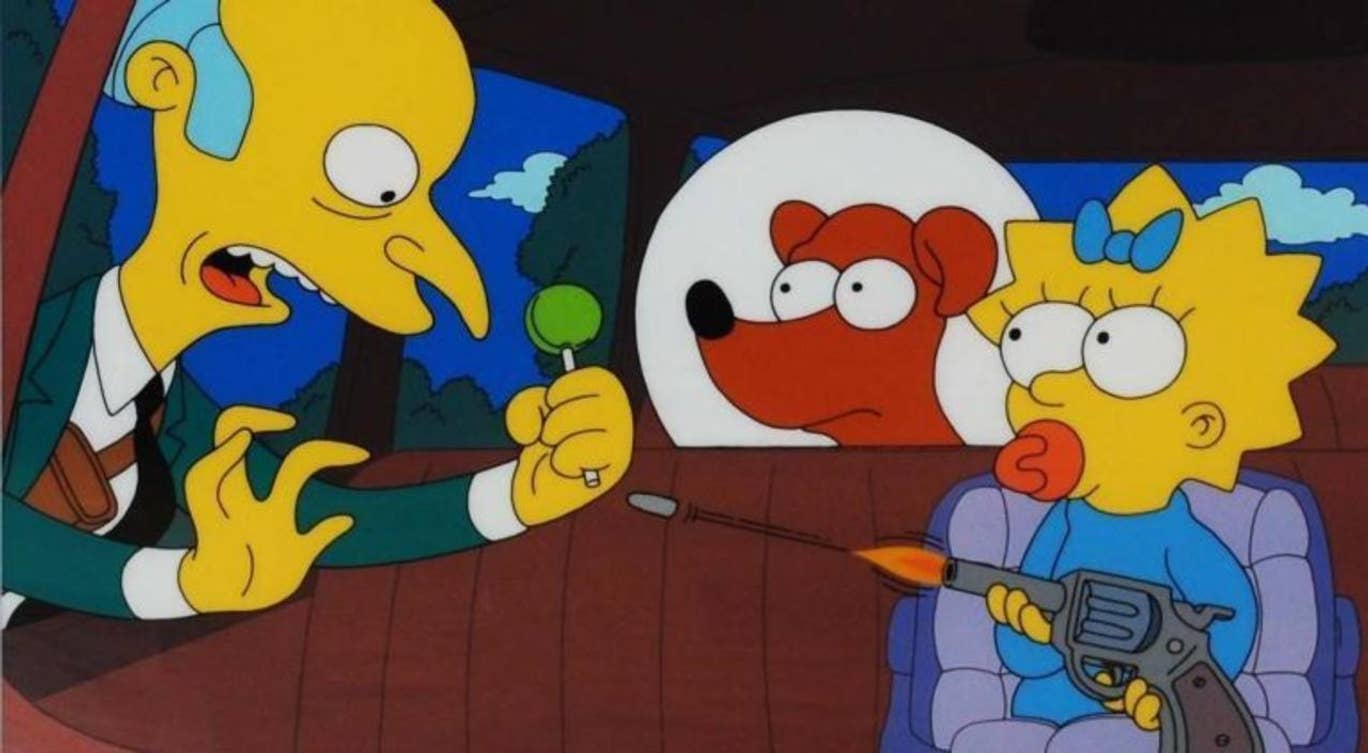 But the recent controversy surrounding racial stereotyping and the presentation of Kwik-E-Mart proprietor Apu Nahasapeemapetilon, an Indian immigrant, has unexpectedly brought the show to a crisis point.

Driven by comedian Hari Kondabolu’s documentary essay The Problem with Apu, the reassessment of Apu – once hailed as a rare representation of a South Asian character on American TV – as a problematic cliche whose catchphrases have been used to taunt and bully Asian-American schoolchildren, finds the show forced to ask itself difficult questions about its legacy and ongoing influence.

Hank Azaria, who has voiced Apu for 30 years, has responded graciously to the criticism, telling Stephen Colbert this week that he found the thought of people being hurt by his work “upsetting” and offering to step aside or help transition the character into something more palatable.

Apu, unquestionably a relic of a less sensitive era and overdue for a revision, is nevertheless an entirely positive presence in the show, an industrious small business owner who works long hours and cherishes the freedoms that Homer – and, by extension, many other native-born Americans – so brazenly take for granted.

The truth is that most of the show’s characters are built on caricatures of one sort or another and several are specific racial stereotypes – or parodies of those types – notably Groundskeeper Willie, Bumblebee Man, and Luigi the Italian chef.

Creator Matt Groening chose the town’s name because it was one of the most common in the country – there are 33 Springfields across 25 states – and used it as a model through which he could examine the American experience in miniature.

In the tradition of Warner Brothers’ Looney Tunes, several characters – or at least their voices – are borrowed from real people: Mayor Quimby channels the hesitant Boston Irish brogue of JFK, Chief Wiggum the piggy snarl of Edward G Robinson. That Marge’s maiden name is “Bouvier”, a nod to Jacqueline Kennedy Onassis, is a particularly lovely detail.

Celebrity guest stars are often cast to give life to characters closely based on their own personas, memorably Jackie Mason as Krusty the Clown’s disapproving father Rabbi Krustofsky, Dustin Hoffman as Lisa’s inspirational substitute teacher Mr Bergstrom and Michael Jackson (pseudonymously) playing a mental patient who believes he is Michael Jackson.

When the famous do play themselves, the results can be either glorious or gratuitous: compare Barry White in “Whacking Day” with Tony Blair‘s much-trumpeted appearance.

The town itself stands for all post-war America, mapping out the second half of the 20th century through the cultural references it invokes and the parodies it executes. 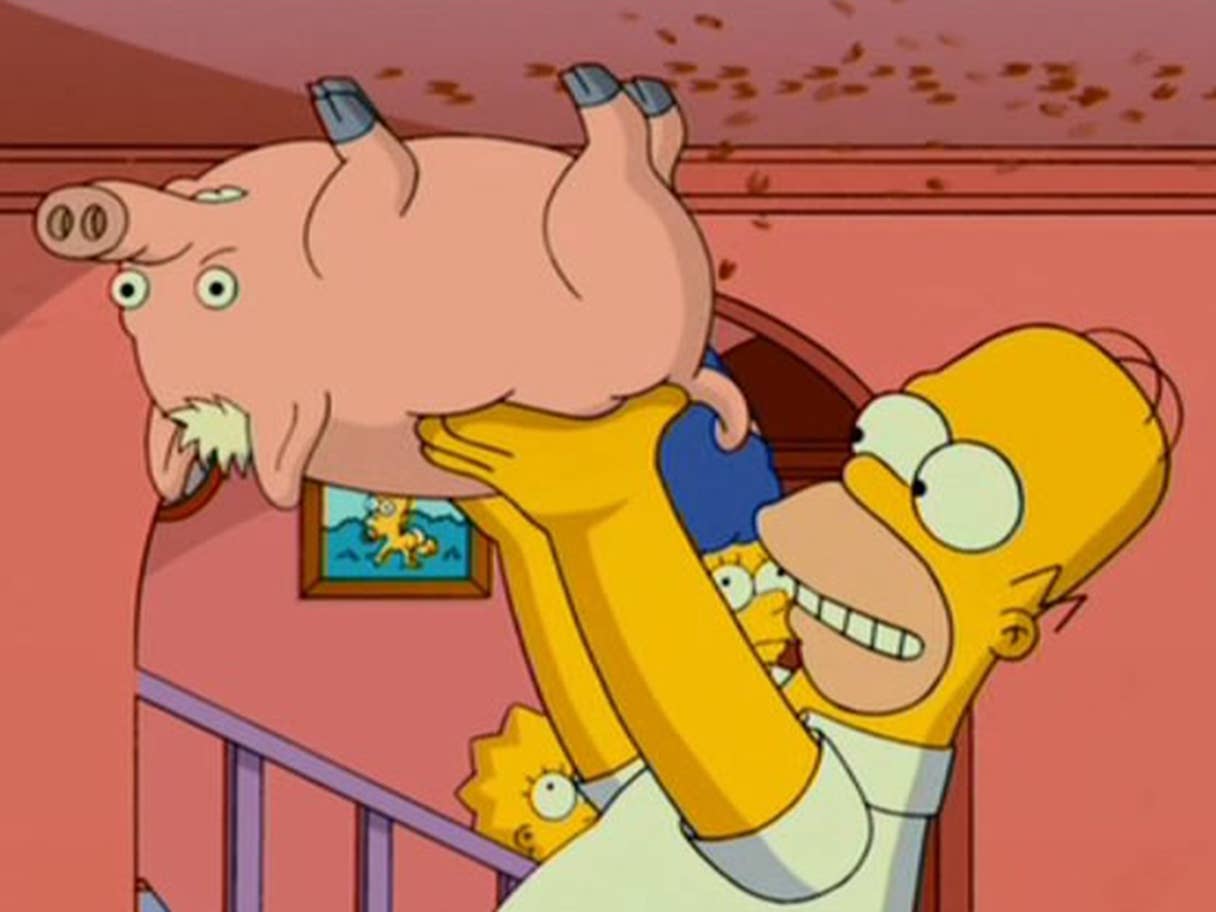 Seminal films like The Graduate (1967), Easy Rider (1969) and Apocalypse Now (1979) and bands like the Grateful Dead, Jefferson Airplane and Grandfunk Railroad are routinely cited to sketch in Marge and Homer’s hippie youth (and that of the show’s writers), brilliantly capturing the spirit of the Sexual Revolution.

The backstories of Grampa Simpson, Krusty, and Mr. Burns look back even further to the America of F. Scott Fitzgerald, the Charleston, The Jazz Singer (1927) and Citizen Kane (1941).

At its best, The Simpsons draw on these familiar staples to establish a common language with its audience and use them as a springboard from which to say something about the era or issue under discussion, be it Vietnam, Watergate, industrial decline, pollution or vegetarianism.

The breadth of its reference points and the wealth of characters the show has amassed is no doubt a key reason for its longevity. Being such a broad church allows the show to speak to a huge cross-section of people of all ages (even if the number of minority voices on show leaves plenty to be desired).

Everyone has their own favorite moments or lines, many of which inevitably revolve around Homer, the ultimate everyman: from “Lisa! Never stop in the middle of a hoe-down” to his answering the phone after a shower (”You’ll have to speak up, I’m wearing a towel”) to the Flanders family desperately attempting to retrieve his jeans snagged in a tree in their yard (”Hurry Neddy, they’re awful!”).

“Marge vs the Monorail”, written by comedian Conan O’Brien, is justly admired among its greatest episodes, but there are many other candidates: how about “Simpson and Delilah” featuring the angelic Karl (”My mother told me never to kiss a fool!”), “Homer at the Bat” or “Homer’s Phobia” featuring John Waters?

“El Viaje Misterioso de Nuestro Jomer (The Mysterious Voyage of Homer)”, in which the patriarch hallucinates a psychedelic dreamscape after eating super-hot chili and encounters a Space Coyote voiced by Johnny Cash, has to rank highly.

Though it may have changed its approach since the turn of the millennium and largely given up its wholesome morals in favor of a somewhat strained push for zaniness, some of The Simpson’s political gags still have a real lasting bite.

“If you don’t like your job, you don’t go on strike. You just go in every day and do it really half-assed – that’s the American way”, Homer tells Lisa. 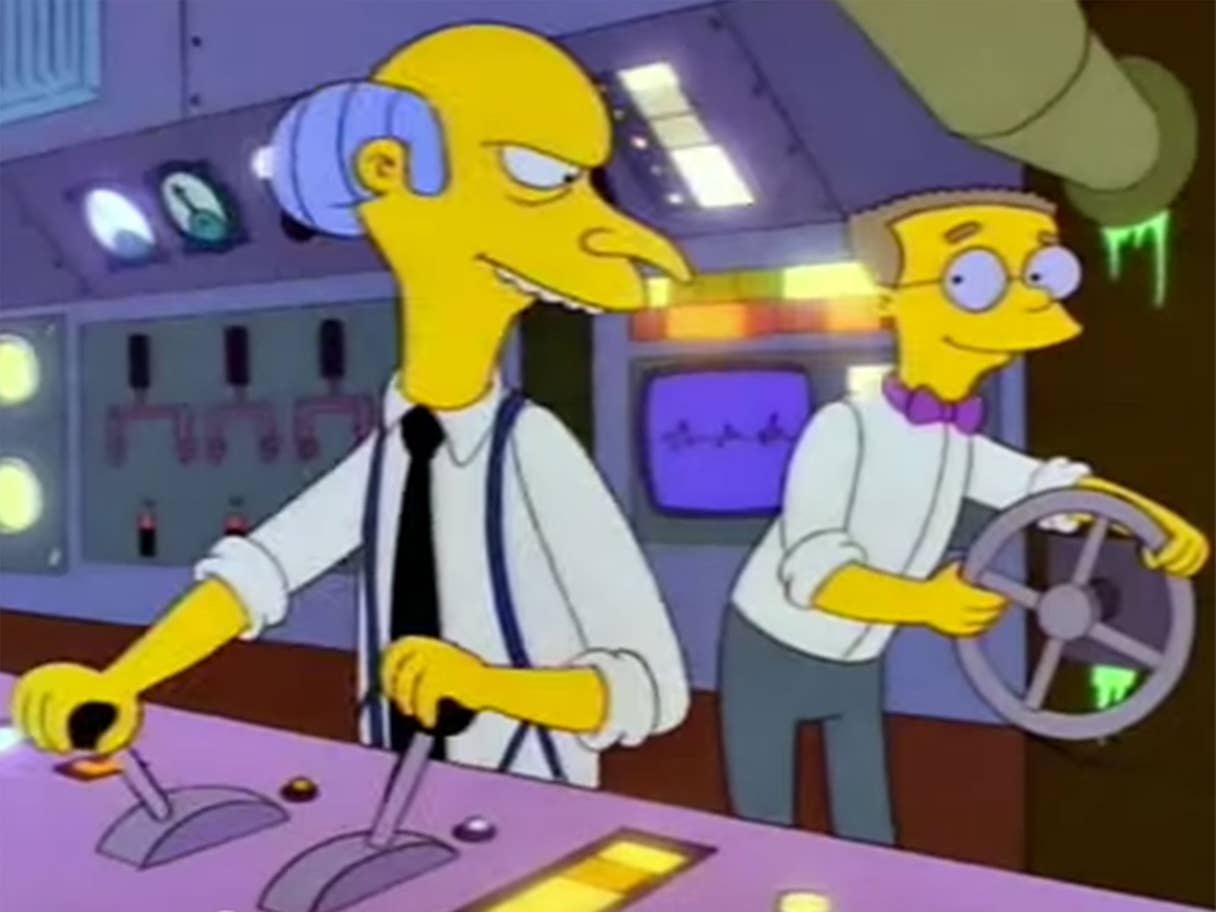 Or how about this from Sideshow Bob: “Your guilty conscience may move you to vote Democratic, but deep down you long for a cold-hearted Republican to lower taxes, brutalize criminals and rule you like a king.”

The Simpsons have been running for so long now it’s possible to forget it’s still on.

The Apu affair is a rare foray into the news cycle. Occasionally a decision to kill off a character or satirize Donald Trump might draw some attention but the show is now largely background noise, eclipsed by its imitators and no longer the quotable sensation it once was.

But we should be glad of its great days. The Simpsons will always be the show that gave the world Troy McClure, Moe Szyslak, Barney Gumble, Waylon Smithers, Kent Brockman, Edna Krabapple, Principal Skinner, Martin Prince, Patty and Selma and countless more.

Showrunner Al Jean’s handling of the Apu situation could make or break this American classic.

Sorry. No data so far.