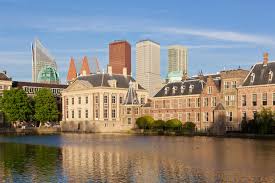 The Hague is home to two huge exhibitions of artist Mondrian, to celebrate the movement he spearheaded, the De Stijl, existing for a century. As a result, it is the place to go to for art lovers this spring.

Most people know The Hague for the ICC (International Criminal Court), but it is also home to some fantastic art. De Stijl, an art movement started in the Netherlands, exists for 100 years ago, and this is celebrated all over the country, but nowhere more so than in The Hague. Two major Piet Mondrian exhibitions are taking place, and they are not to be missed. The Art Fund is encouraging people to go and has released new information on how to spend a day in this fantastic city.

The Hague’s city centre can be reached by a short walk from its train station, passing the City Hall but also Spui 68, home to the tourist office. The city centre is a bustling hive of activity, with the Dutch Parliament’s Binnenhof and the art gallery “Mauritshuis” all within reach. Of course, there is also plenty of shopping to do, and a walk past the Noordeinde Palace, home to the royal family, is not to be missed.

The Art Fund recommends people visit The Hague on foot. The architecture of the city itself is a work of art in and of itself. There is even an “Art Nouveau in The Hague” self-guided walking tour to take part in. For art lovers, there is the permanent Escher exhibition Het Paleis at Lange Voorhout, and the Hofvijver lake art exhibitions.

At the Lange Vijverberg, there is the Museum Bredius, which is an old townhouse that has been fully restored, and where visitors can see what original pieces would have looked like in their own time. From here, people can walk on to Plein 29 and visit the Mauritshuis. This is not to be missed, as it is home to the Girl with a Pearl Earring by Vermeer.

After this visit on foot, lunch will be called for. Interestingly, in The Hague, a number of Michelin-starred chefs have started to open chip shops. Niven Kunz’s shop is found in the Friet District (District of Fries) and offers a tray of gourmet chips for just three euros. In that same district is also the oldest part of the city, the Hofkwartier, which is a truly hip place for drinking, eating, and shopping. High end and new and upcoming fashion brands are found here, as well as a number of ethnic and vintage stores. Not to be missed, but perhaps best to leave the credit card at home!

Following this, it will be time to take a small drink. The Huppel The Pub found on the Oude Molstraat is not to be missed. The traditional Dutch pub, known as a “brown café” features dark wood interiors, stained by years of smoking, and you have a choice of 150 different whiskeys there. Plus, they have eight rotating taps, one of which is HuppAle, the café’s personal brew. The store plays rock music, the perfect accompaniment to the 60 different types of bottled beer they serve.

Finally, dinner will be on the cards. Around Wagenstraat, you will find Chinatown, with some of the country’s best Indian restaurants. Even HanTing Cuisine, which has a Michelin star, is based there and you can enjoy fusion dishes (Chinese and French cuisine). Surprisingly, a three-course meal is only 37 euros. Or, if you want to be more ethical, you can visit In stock, where you can eat a three-course meal for just 27 euros, made from products leftover at the supermarkets. 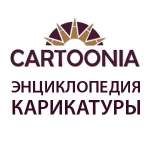 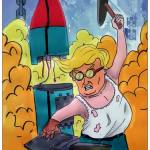