IGNORING World Health Organisation advice to ‘Test, test, test…’, the UK Government initially went it’s own way with a Herd Immunity strategy, this has proved disastrous, and Britain now looks set to have the highest death toll in Europe. Boris Johnson, the Prime Minister, led from the front, catching Covid19 himself, and almost died of irony. He believes he is now immune… from criticism. He’s not. 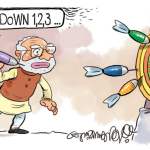 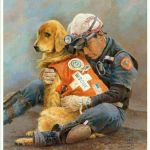