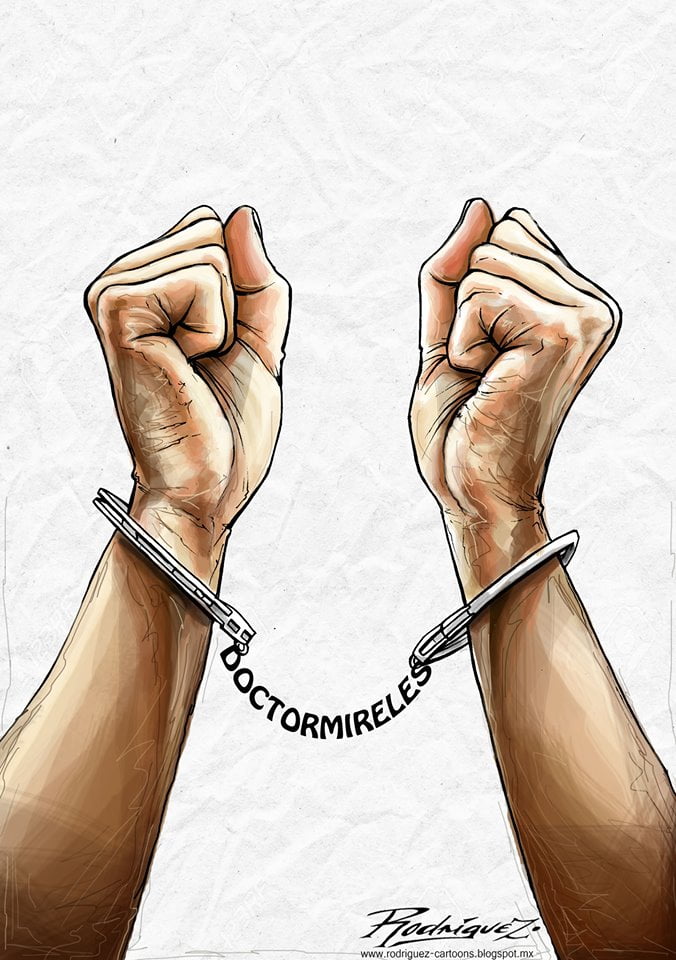 In early 2013, Dr. José Manuel Mireles Valverde took up arms to repel Los Caballeros Templarios in Michoacán. He helped the federal government by recovering territories that had been lost to organized crime, but he didn’t accept to bend to the will of the then Federal Commissioner Alfredo Castillo Cervantes. It cost him to prison in June 2014…and he will remain there.
Mireles Valverde was sent to prison after having publicly denounced the collusion between organized crime and the PRI government of Michoacán, then led by Fausto Vallejo Figueroa. The main cause of his imprisonment is attributed to the refusal to join the Fuerza Rural (Rural Force), the police force that Alfredo Castillo Cervantes integrated at that time.
Cartoon by Antonio Rodriguez Garcia, Mexico 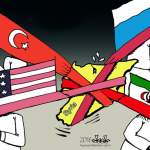 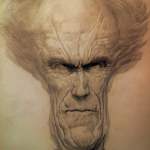