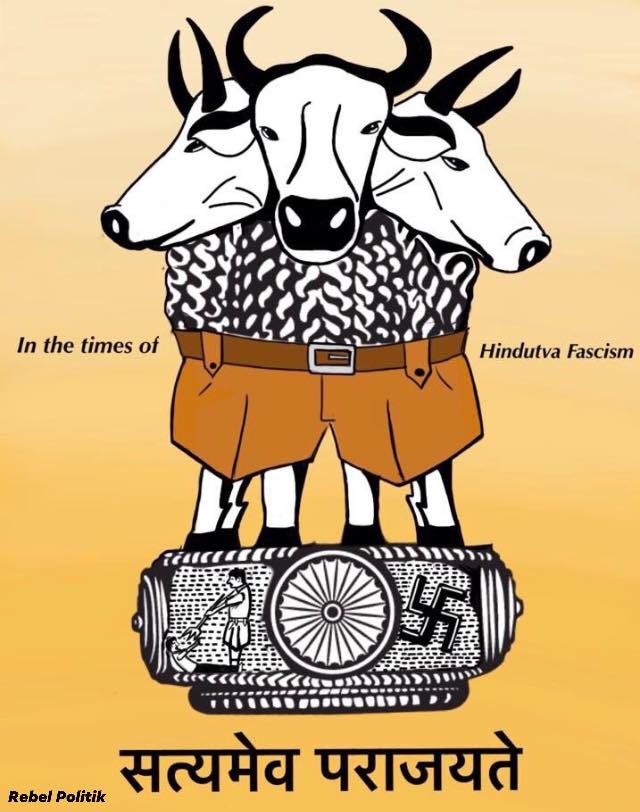 Hindutva Fascism in India: The cartoon depicts the altered form of Indian National Emblem to represent the rising dangers of Hindu majoritarian [Hindutva]  fascism in India. The original faces of the lion have been replaced with faces of the cow to portray killing by Hindutva fascist groups in the name of ‘holy cow’. The text in the bottom (Sanskrit) in the cartoon says – Defeat of Truth – to show how the fascists are using fake news to destroy truth. In the original emblem, the text says – Truth will Triumph. 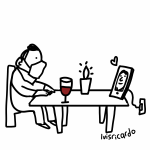 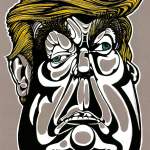