Here part of the letter, that the President of Mexico, López Obrador, sent to President Trump, after threatening Mexico in an increase in the tariffs of several products by 5% each month, until reaching 25%, if Mexico does not It decides to cooperate in stopping the migratory flow to the United States.

“President Trump: social problems are not resolved by taxes or coercive measures, how can we convert the fraternity country overnight to the migrants of the world in a ghetto, in a closed space, where stigmatizes, is mistreated, persecuted, expelled and the right to justice is canceled for those who seek with effort and work to live free from misery The Statue of Liberty is not an empty symbol.

With all due respect, although it has the sovereign right to express it, the slogan “United States first” is a fallacy because until the end of time, even, over national borders, universal justice and fraternity will prevail “. 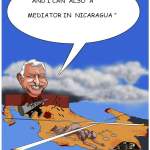 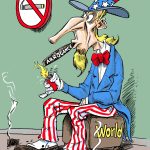