René Bouschet aka ” Erby Kézako” or ” R*B ” is french cartoonist born and alive in the South of France. He draws and collaborates in numerous publications on Web, periodicals, fanzines, posters, various French newspapers magazines and exhibitions of digital drawings.

Erby is practically born with a pencil in the hand: the one that he ” filched ” to the good old Dr  Martin, during the childbirth of his mother, at the flicker of the candle, an evening of the new Moon, because there was a breakdown of electricity this night (authentic !). It was 67 years ago !!

Considering these two jokes, Erby could only become a satirical and humorous cartoonist !!! …

Since this moment he has never stopped drawn !  Erby is a cartoonist engaged and a little bit anarchist! His pleasure? To pursue the World’s stupidity and to draw it!

You can see his subversive – or poetic – work on various sites on the WEB. 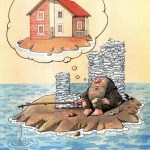 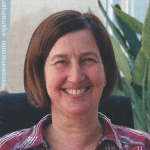