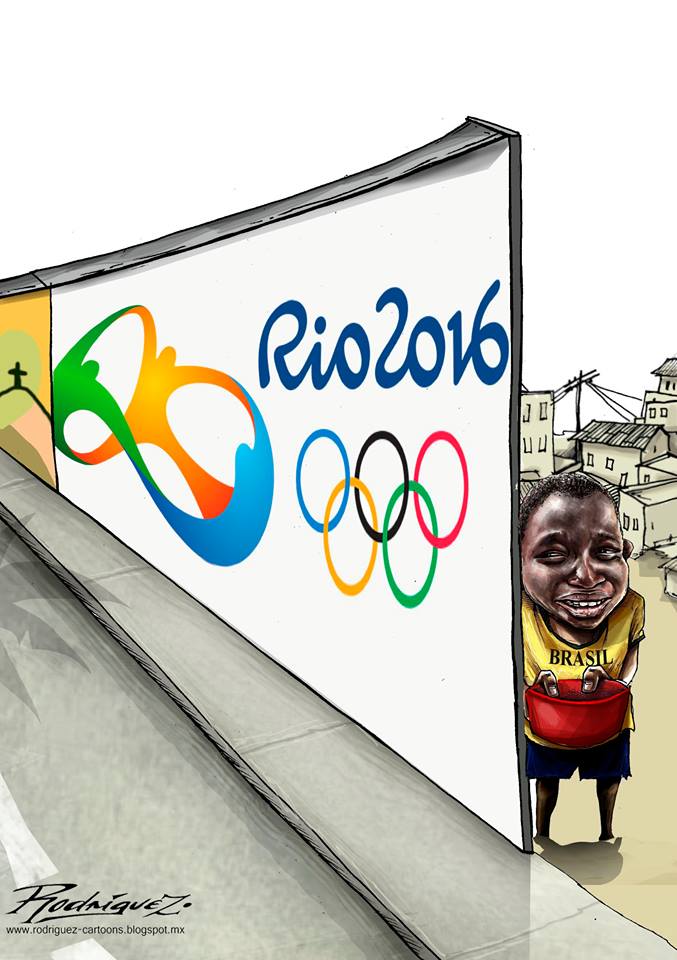 The Olympic Games
Hardly go unnoticed for those who come to Rio de Janeiro from another country these days: posters with vivid colours of the Olympic Games the city will receive in August, gracing the main access road to the international airport.
What is perhaps less noticeable for those who pass by car is just behind the newly installed signage, there is one of the largest sets of favelas of Rio, known as Maré.
The city authorities deny that the aim of the posters is to hide them tourists in these poor neighbourhoods of northern Rio, but his explanation is far from convincing those who live on site.
Cartoon by Antonio Rodriguez Garcia, Mexico 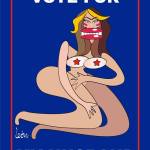 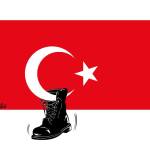