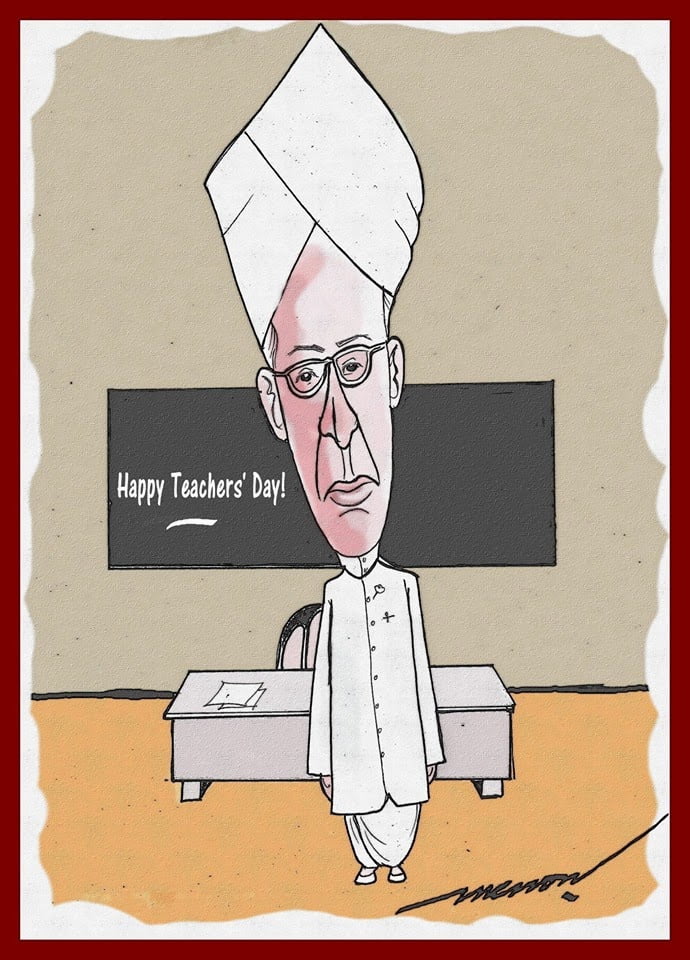 Today is Teachers’ Day…and the most famous teacher hereabouts is our late Dr. Sarvapalli Radhakrishnan, who was also the first Vice-President of India (1952–1962) and the second President of India from 1962 to 1967.
One of India’s best and most influential twentieth-century scholars of comparative religion and philosophy, his academic appointments included the King George V Chair of Mental and Moral Science at the University of Calcutta (1921–1932) and Spalding Professor of Eastern Religion and Ethics at University of Oxford (1936–1952).
I pay my homage to this great soul through this inadequate attempt at sketching him!
Cartoon by Tvg Menon, ‎India 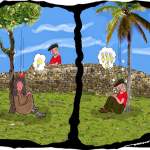 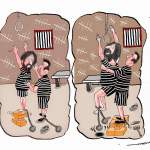