Tom Baker, The Fourth actor to play DOCTOR WHO.

Thomas Stewart Baker is an English actor and writer. He is well known for his portrayal of the fourth incarnation of the Doctor in the science fiction series Doctor Who from 1974 to 1981, a longer tenure than any other actor in the title role, and provided narration in the television comedy series Little Britain. See also: The inevitable confrontation between doctors and corona. 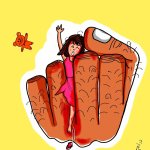 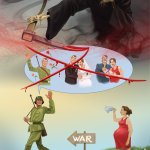