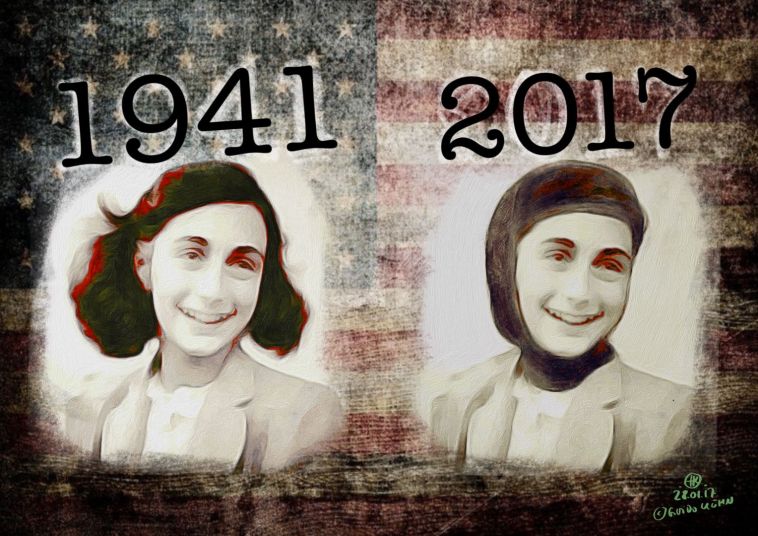 1941 onwards Jews from Europe were excluded from the right to seek shelter in the US. Anne Franks Father was one of the hundreds of thousands who were not allowed in. Today the US Government tries to ban Muslims. I am pretty sure that either Anne or Aische are regardless of their religion kids in danger in first-place.
Cartoon by Guido Kuehn, from Heidelberg & Schwäbisch Hall, Germany 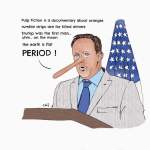 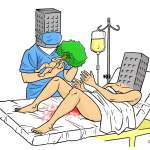