On the same day that Donald Trump celebrates his summit with Kim Jong-un in Vietnam, his personal ex-lawyer Michael Cohen has testified publicly before the House Oversight and Reform Committee. Before the judge, Cohen has accused the president of what constitutes a federal crime of illicit financing: he claims that it was his client who asked him, shortly before the 2016 presidential election, to pay two alleged ex-suitors for his silence in order of not harming him as a candidate.

Cohen has thrown an arsenal of details into his Congress on Wednesday against his former boss. The former man of confidence of the Republican accused him of having known in advance the intention of Wikileaks to boycott the campaign of Hillary Clinton, who ordered to pay two women to silence alleged infidelities during the campaign (showed the checks as evidence). “He is a racist, a swindler, a cheat,” the president said in a televised appearance for seven hours. Trump is in Vietnam, participating in the summit with Kim Jong-un. 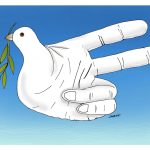 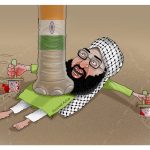