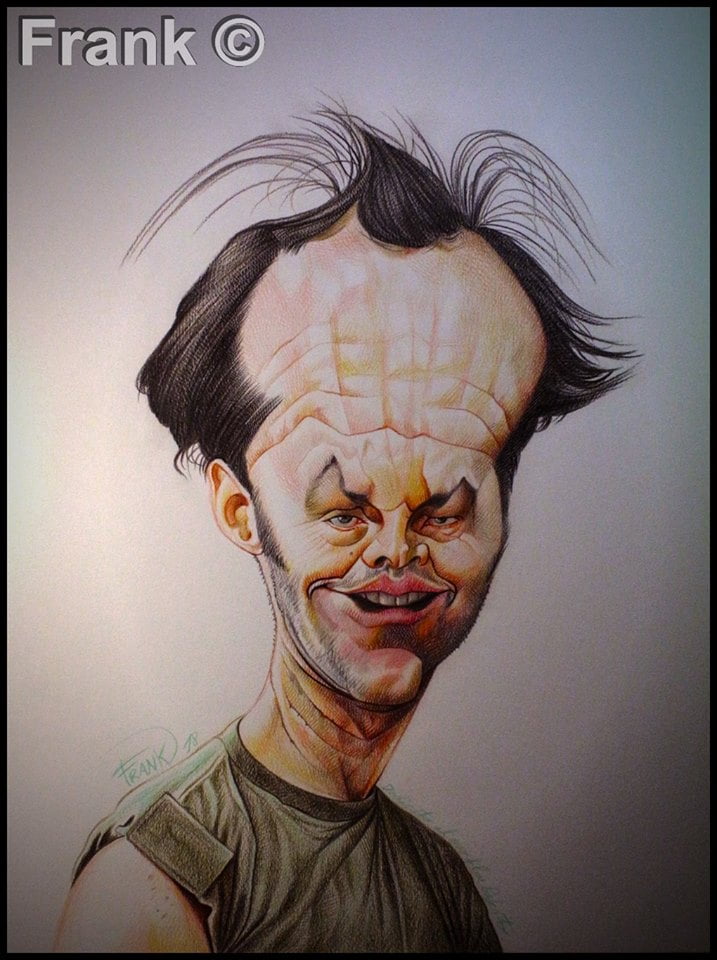 Caricature of Jack Nicholson. Jack Nicholson in One Flew Over the Cuckoo’s Nest, pencils on paper. John Joseph Nicholson is an American actor and filmmaker whose career has spanned more than 60 years. He is known for playing a wide range of starring or supporting roles, including comedy, romance, and darkly comic portrayals of anti-heroes and villainous characters. See also: Danny Trejo Caricature