A Long Journey of Animation

A wino, resigned and stuck in his ways, finds mysterious sketches on the park bench that he visits every day. As these pictures stir his thoughts, he begins to notice the world around him and to reflect upon his own place within it. He meets a young boy whose innocent encouragement helps to release him from his self-destructive social withdrawal and unlocks a part of his character that had been long forgotten. 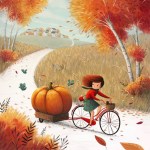