Caricature of Emperor Akihito of Japan

About Emperor Akihito of Japan

Akihito is a member of the Imperial House of Japan who reigned as the 125th emperor of Japan, according to the traditional order of succession, from 7 January 1989 until 30 April 2019, Heisei era. He succeeded to the Chrysanthemum Throne upon the death of his father, Emperor Showa. See also: Introduction to Japanese Anime. 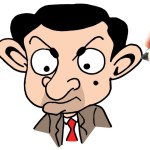 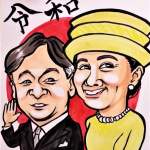