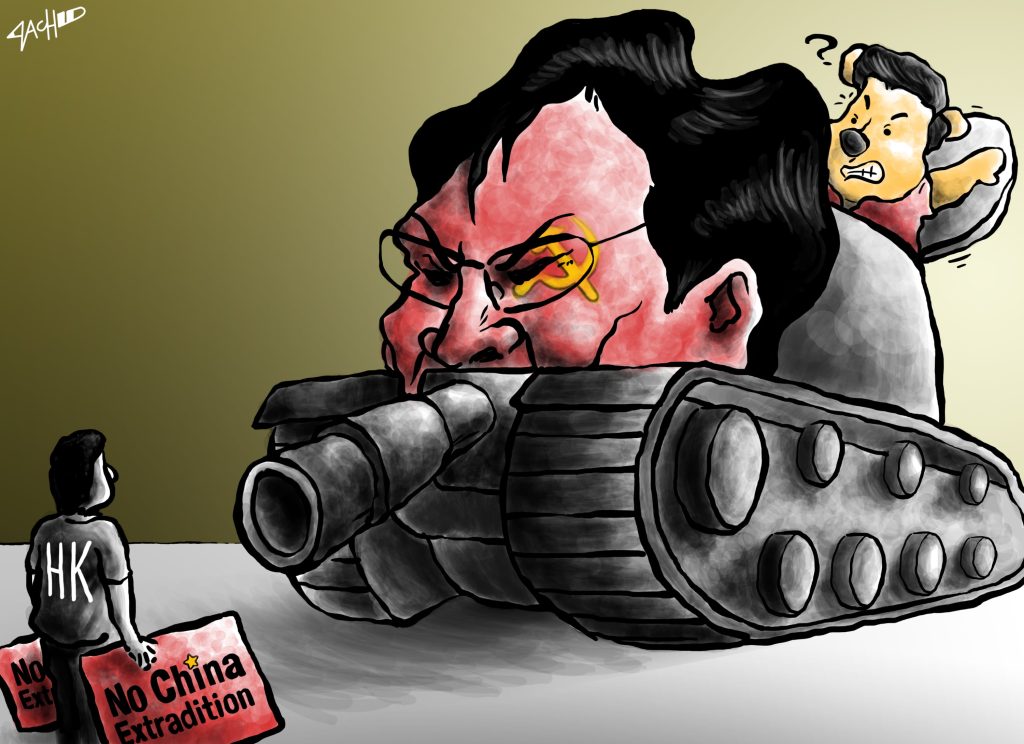 Over 1 million citizens staged the largest ever protest in Hongkong’s history, as they marched in the streets to strongly oppose Carrie Lam’s Extradition Bill. The said bill is part of Xi Jinping-led Communist Part’s plan to expand its influence over the administrative region.

Born in 1996, Zachary is an editorial cartoonist and currently pursuing a degree in Applied Physics at the University of San Carlos in his home city.

Initially from campus publications, he now has worked for different print and alternative media organizations.

He is currently handling the creatives department of Assortedge, an emerging media organization in the Philippines specializing at contextual reporting, explanatory journalism, and satire.

His cartoons are available on his Tinta Bandit Facebook page: fb.com/tintabandit.