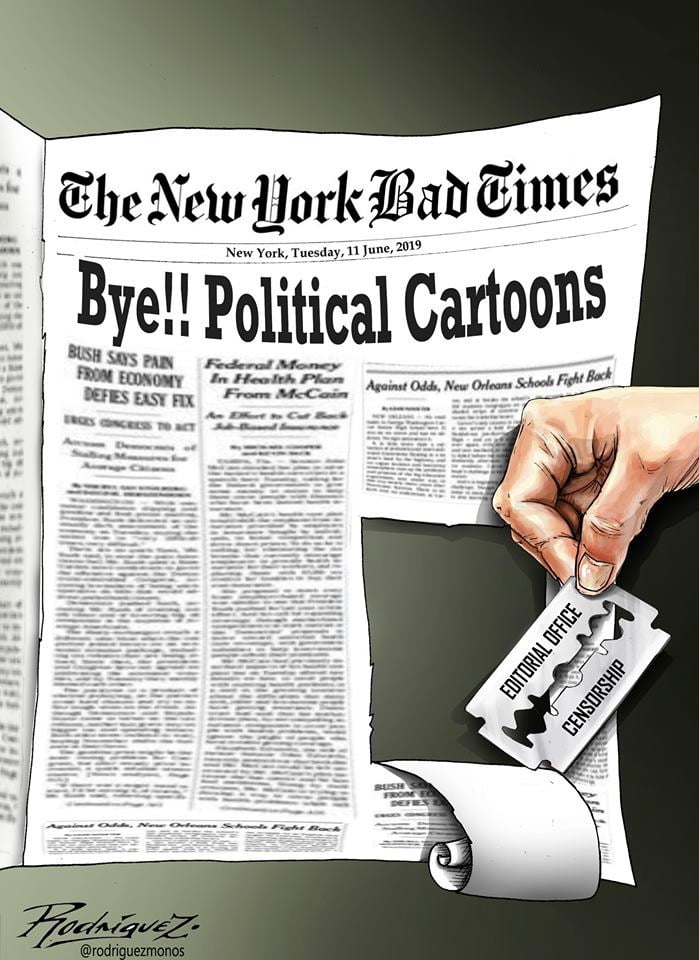 Bad times for freedom of speech and press, when The New York Times announced that it will stop publishing political cartoons, weeks after the newspaper was criticized for publishing a cartoon that was criticized because it had been blatantly considered anti-Semitic.

The caricature, which sparked controversy around the world, showed the president of the United States, Donald Trump, wearing a hat and led by Prime Minister Benjamin Netanyahu, who was depicted as a guide dog with a necklace with a Star of David. If this cartoon had been about some other world leader, perhaps there would have been no such measure.