Mr. Rogers joined The Pittsburgh Post-Gazette as an editorial cartoonist in 1993. He worked there until this week. In 1999, he was a finalist for the Pulitzer Prize.

After 25 years as the editorial cartoonist for The Pittsburgh Post-Gazette, I was fired on Thursday.

I should’ve seen it coming. When I had lunch with my new boss a few months ago, he informed me that the paper’s publisher believed that the editorial cartoonist was akin to an editorial writer and that his views should reflect the philosophy of the newspaper.

That was a new one for me.

I was trained in a tradition in which editorial cartoonists are the live wires of a publication — as one former colleague put it, the “constant irritant.” Our job is to provoke readers in a way words alone can’t. Cartoonists are not illustrators for a publisher’s politics.

When I was hired in 1993, The Post-Gazette was the liberal newspaper in town, but it always prided itself on being a forum for a lot of divergent ideas. The change in the paper did not happen overnight. From what I remember, it started in 2010, with the endorsement of the Republican candidate for Pennsylvania governor, which shocked a majority of our readership. The next big moment happened in late 2015, when my longtime boss, the editorial page editor, took a buyout after the publisher indicated that the paper might endorse Mr. Trump. Then, early this year, we published openly racist editorials.

Things really changed for me in March, when management decided that my cartoons about the president were “too angry” and said I was “obsessed with Trump.” This about a president who has declared the free press one of the greatest threats to our country.

Not every idea I have worked. Every year, a few of my cartoons get killed. But suddenly, in a three-month period, 19 cartoons or proposals were rejected. Six were spiked in a single week — one after it was already placed on the page, an image depicting a Klansman in a doctor’s office asking: “Could it be the Ambien?”

After so many years of punch lines and caricatures, skewering mayors and mullahs, the new regime at The Pittsburgh Post-Gazette decided that The Donald trumped satire when it came to its editorial pages.

This has been my dream job. It makes the experience of buying a coffee or checking out at a grocery store a thrill. I go to pay and the person looks at my credit card, sees my name, asks me if I’m the Rob Rogers and then tells me about a particular cartoon he or she loved. The outpouring of support I have received in recent days from the people of this city, including its mayor, has been overwhelming and uplifting.

The paper may have taken an eraser to my cartoons. But I plan to be at my drawing table every day of this presidency.

An earlier version of this article gave the incorrect year for The Pittsburgh Post-Gazette’s endorsement of Gov. Tom Corbett. It was in 2010, not 2011. 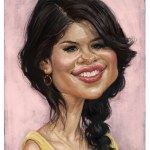 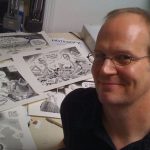