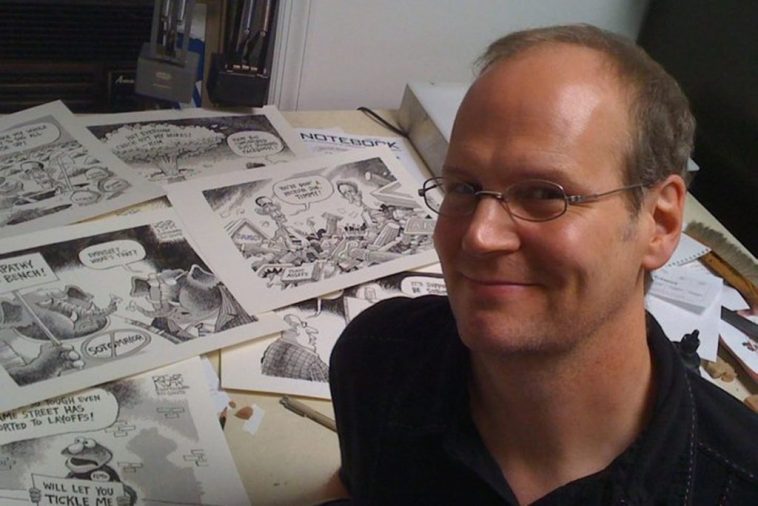 Rob Rogers is the award-winning editorial cartoonist for the Pittsburgh Post-Gazette. His cartoons have been vexing and entertaining readers in Pittsburgh since 1984. Syndicated by Universal Press Syndicate, Rogers’ work has also appeared in The New York Times, The Washington Post, USA Today and Newsweek, among many others.

Rogers has also been the curator of three national cartoon exhibitions, Too Hot to Handle: Creating Controversy through Political Cartoons (2003) and Drawn To The Summit: A G-20 Exhibition Of Political Cartoons (2009), both at The Andy Warhol Museum, and Bush Leaguers: Cartoonists Take on the White House (2007) at the American University Museum. In 2015, Rogers curated Slinging Satire: Editorial Cartooning and the First Amendment at the ToonSeum. Rogers is an active member (and past president) of the Association of American Editorial Cartoonists. His work received the 2000 and 2013 Thomas Nast Award from the Overseas Press Club, the 1995 National Headliner Award, and numerous Golden Quills. In 2015 Rogers was awarded the Berryman Award from the National Press Foundation. In 1999 he was a finalist for the Pulitzer Prize.

In 2009, Rogers celebrated 25 years as a Pittsburgh editorial cartoonist with the release of his book, No Cartoon Left Behind: The Best of Rob Rogers, published by Carnegie Mellon University Press. In 2015, he released a local cartoon collection called, Mayoral Ink: Cartooning Pittsburgh’s Mayors.

He is currently serving as board president of the ToonSeum, a cartoon museum in Pittsburgh, Pennsylvania. 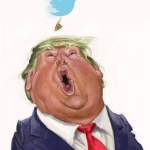