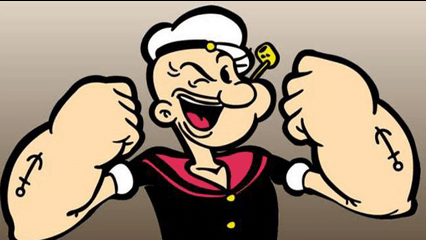 Popeye and the Real World Around; Most of the people born in the last 2 decades of the previous century have grown up with few cartoon characters as their permanent companions- no matter what. Those cartoons were not just the way we loved to be entertained in our childhood, they were more like teachers who taught us many things about life without any test. The way those cartoons influenced our life, our habit- nothing else could. We learned to dream from those characters, we learned about many of the do’s & don’t’s of our life from those characters. Many of those characters influenced the politics, economy and even agriculture of the concerned country. One such strong influencers, in the name of a cartoon character, is- Popeye the Sailor Man.

Now Popeye is familiar to everyone as the unofficial ambassador of spinach and has managed to encourage many children around the world to actually like spinach and boosted the farming of this leafy vegetable too. But very few know that Popeye was actually created based on real-life people; not just the lead character i.e. the protagonist, almost all the characters of this cartoon series are, in a way, based on people that the creator Cartoonist E.C. Segar met at different points in his real life. Segar created Popeye in 1929. But before this, he had quite a colorful life and all of these combined made Popeye 90 years old this year. He started his career with his father as a handyman; before that, he used to play drums on the vaudeville circuit and working as a silent film projectionist at his hometown opera house. He was friends with cartoonist Richard F Outcault who happened to be of the capital of Segar’s state, Cleveland.

Segar was inspired to submit his own Charlie Chaplin-inspired sketches to The Chicago Herald by Outcault. He did so and the first of the lot was duly printed in March 1916. He also took a correspondence course on drawing from a guy in Cleveland. Segar’s hometown of Chester, Ill. was chock full of characters and Segar took the freedom of easily adapting them into print. These very people from Segar’s real-life were given their eccentric features to form the ever-popular characters of the cartoon series of Popeye. Now, let’s see how the characters of Popeye got to be on print from real life. Dora Paskel, the owner of a local general store, was unusually tall and thin, wearing her hair in a loose bun at the nape of her neck. She inspired the heroine Olive Oyl. Segar began drawing Thimble Theatre and here, he introduced this heroine; initially, pairing her with the superbly named slacker boyfriend Harold Hamgravy, a get-rich-quick artist. Ironically, kids were rather scared of Olive Oyl‘s real-world inspiration, as she was more apt to stay inside her store.

Popeye first appeared when Olive’s brother, Castor Oyl, chartered a ride out to Dice Island where he hoped to try his luck in the offshore casinos, only to fall foul of local mobsters. The mugging mariner with the corncob pipe gain fast popularity among the readers and Hamgravy was soon ousted from Olive’s affections. In Segar’s home, there was Frank Fiegel- a one-eyed, pipe-smoking brawler who never turned down a fight. This man Fiegel is believed to be the real-life inspiration behind the character of Popeye. Again, Popeye’s real-life inspiration is sometimes attributed to a photo of an old sailor whose name is lost to history, but the Imperial War Museum lists him as “A Leading Stoker nicknamed ‘Popeye,'” with 21 years in service and fighting aboard the HMS Rodney in 1940. Frank “Rocky” Fiegel was actually a bartender and not any kind of sailor; but he would impress the kids around with his feats of strength as well as his telltale corncob pipe – something young Segar would never forget. Popeye’s superhuman strength, operating on him like a fast-acting steroid, was not sourced from canned spinach in the beginning, but the magic Whiffle Hen whose feathers the sailor would rub for luck. In June 1931, the preference for greens, rich in iron, took over. On the other hand, in real life, instead of a can of spinach, Fiegel was more likely to down a few bourbons to get his super fighting prowess; however, the rest of his caricature fits the Sailor Man to almost perfection- the same jutting chin, built frame, and trademark pipe.

When the Fleischer Brothers began animating the strip for Paramount, Bluto the bully made a regular character that actually had a one-off appearance a year earlier in 1932. This was the time when Popeye got a much bigger audience and this was the very opportunity to influence a whole nationwide audience by one character. This is when the leafy vegetable spinach reached the height of its popularity as well as made a great impact on the country’s overall spinach production. The effect was so strong and positive that he earned Popeye his own statue. In March 1937, the agricultural community of Crystal City, Texas, erected a statue in Popeye’s honor.

The other characters of this series were also inspired by people Segar met at some point in his real life. So, the fact here is, Popeye is not just a cartoon series that was created totally from the imagination of the creator; rather it was completely inspired by real life. Segar kept both the looks and one or more personality traits of each of the people who inspired those characters while he was creating Popeye the Sailor Man. And, just like real life inspired the cartoon counterparts, the characters too left their mark on the people in real life.

This is one of the many examples of how a society can be strongly influenced by a cartoon character. There had been many such others. This is why a cartoonist is far more than just an artist, a cartoonist has some serious responsibilities of spreading positivity around the society and standing up for what is right as well as taking a stand against injustice. While so much serious responsibility is there, there’s also enough freedom to nurture it. A cartoonist’s works are hardly censored. But the sad part is, it’s been a long time since a character as influential as Popeye has been created that managed to influence the audience all over the world. 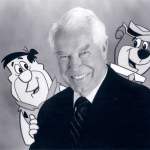 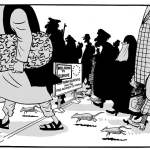