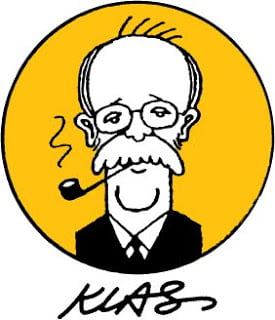 After a few years break ILUSTROVANA POLITIKA magazine again invites international cartoon contest under the name Alexandar KLAS, cartoonists who faithfully acted on the first issue of the ILUSTROVANA POLITIKA magazine in 1958. He drew cartoons under the motto ALEKSANDAR KLAS LINES TO YOU. As the most award-winning cartoonist in the world in 1990, entered the Guinness Book of Records.
So he went to a legend, especially ILUSTROVANA POLITIKA magazine, which is now back on the world stage cartoons, where it has always belonged.
A. Participation
The competition is open to all cartoonists of the world regardless of nationality, religion, age, sex, and education.
B. The theme of the competition
Free.
C. Sending cartoons
Accepting exclusively original works and signed digital prints. Papers should not have been previously awarded. Sends the maximum 5. cartoons A4. In addition to the works send a photo, Curriculum Vitae (CV), and on the back of the works basic information (name, surname, address, e-mail address and telephone number).
Works can be sent by post to the following address:
ILUSTROVANA POLITIKA
Cetinjska 1
11000 Beograd
Serbia
D. Deadline
Cartoons will be accepted until 1 September 2017.
E. Awards
The first financial prize money and diplomas.
The second financial prize money and diplomas.
The third financial prize money and diplomas.
The total prize money amounts to 2,000 (two thousand) euros.
Will be allocated and several special prizes and diplomas.
F. Exhibition
The award ceremony and exhibition will be held in Belgrade for a day ILUSTROVANA POLITIKA magazine of November 11th, 2017.
G. Catalog
All cartoonists whose cartoons are selected in the catalog and the exhibition will receive a free copy of the catalog.
H. Other Provisions
Arrived works remain the property of ILUSTROVANA POLITIKA magazine. The organizers reserve the right to use them without financial compensation to the authors. By entering the contest is considered that the authors accept the proposition as a whole.
Špiro Radulović
Editor of competition
cartoonist
[email protected]
(Also on WEB).
6
SHARES
ShareTweet
Pin 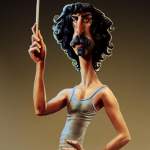 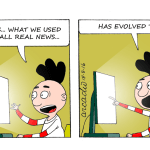