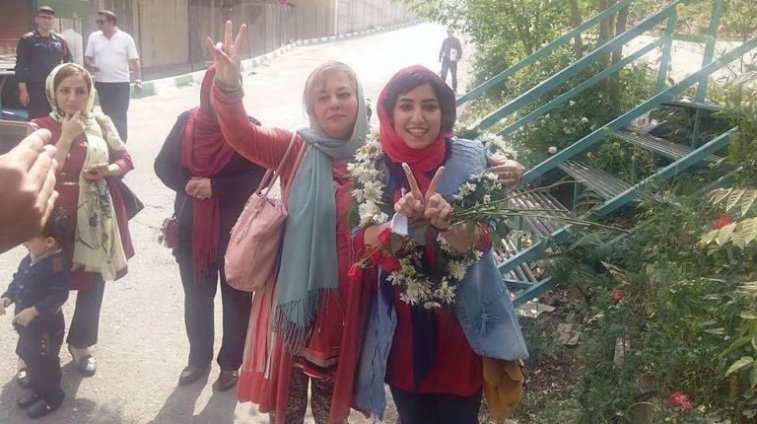 Today, Iranian cartoonist Atena Farghadani was released from jail after spending over a year in Tehran’s Evin Prison for her satirical drawing of Iran’s policymakers as animals. The news, which arrives on World Press Freedom Day, was reported by Cartoonists Rights Network International (CRNI), which awarded Farghadani its 2015 Courage in Editorial Cartooning award.

Farghadani had initially received a sentence of 12 years and nine months for her visual critique of a conservative bill that restricted access to birth control, but an appeals court last month reduced it to 18 months. The charges levied against her last June included “spreading propaganda against the system,” “insulting members of parliament through paintings,” and “gathering and colluding against national security”; during her recent trial, she was acquitted of the charges of participating in a counterrevolutionary activity and compromising national security, as CRNI reported. Her sentence for insulting Ayatollah Ali Khamenei has been suspended for three years; that for insulting other politicians was reduced to a monetary fine.

First arrested in August 2014, Farghadani has described receiving physical and verbal abuse from prison officials while incarcerated. She had also experienced weeks of solitary confinement and gone on hunger strikes, one of which resulted in a heart attack. Most recently, a report from the UN confirmed that the artist was forced to undergo multiple virginity and pregnancy tests, allegedly to investigate “illegitimate sexual relations” that consisted of a handshake with her lawyer Mohammad Moghimi. The pair was acquitted in a trial last October.

According to CRNI, Farghadani is grateful for the support of all cartoonists, activists, and organizations toward her cause, but also expressed concern over those who remain imprisoned and largely silenced. She intends to remain in Iran and continue her work as an artist. 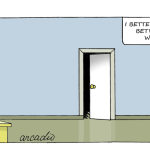 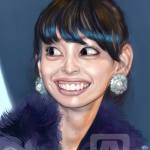