Mother is a very good example of life. A mother’s love is very great. The mother does not need the payment for love and love. Mother is very availed to all her children and loves them all. There are no other groups, communities, races, organizations, parties, and traditions. All are one. From that arises a sense of peace. The peace that cannot be replaced by anything, anything more with money. Mother’s sweat, tears, and also the size of your heart, for me it’s great. I am very sure, mother’s love always gives peace to the family. We all have mothers. And the great love of a mother. For me, the ocean as ink, it might not be enough to write down mother’s love.

World peace is an idea of freedom, peace, and happiness for all countries. World peace crosses borders through human rights, technology, economics, education, engineering, medicine, diplomats and/or ending all forms of conflict. Since 1945, the United Nations and its 5 permanent members of the Security Assembly (US, Russia, China, France, and the United Kingdom) have worked to resolve conflicts without war or declaration of war. However, countries have entered a number of military conflicts since that time.

The philosopher Jiddu Krishnamurti states that people who divide people up based on faith, nationality, and tradition are perpetrators of violence.

I totally agree with the wise words from Jiddu Krishnamurti. Indeed, the onset of violence is due to a group of people who separate themselves or their groups from other humans. Those who separate it have been influenced by their thoughts and egos, so they are unknowingly giving birth to violence.

The occurrence of conflict, violence, and war in the universe is only caused by each human being separating from other human beings. They form groups, communities, countries, mass organizations, parties and other traditions in a crowd. Yet every crowd and so on, reflect exclusivity. Every exclusive one that in my opinion becomes a symbol of arrogance and feels the most everything.

Such things are simply and clearly witnessed in our daily lives. Each group and the other crowds, always spit out their own egos and passions. That is what causes chaos everywhere. Event after event repeated continuously in every human civilization from time to time.

As long as human beings on this earth maintain mutual diversity, so long as it is also in this Universe there can be no peace. Because all humans are competing to emerge victoriously. There is competition from one crowd with another, so there will always be negative energy that will result in endless feuds. That’s what we see in life today. 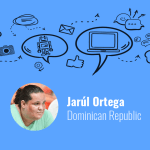