Furniture in a Box by DeArmas Comics

In a world of Furniture Sales, people became a prey and workers became predators. All of this brings a singular animal kingdom inside the building with non-written rules and non-official guidelines that drives the business in a unique and childish way where stupid became serious and serious became stupid. 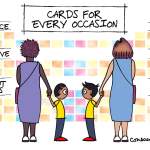 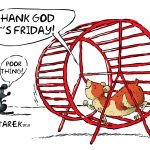