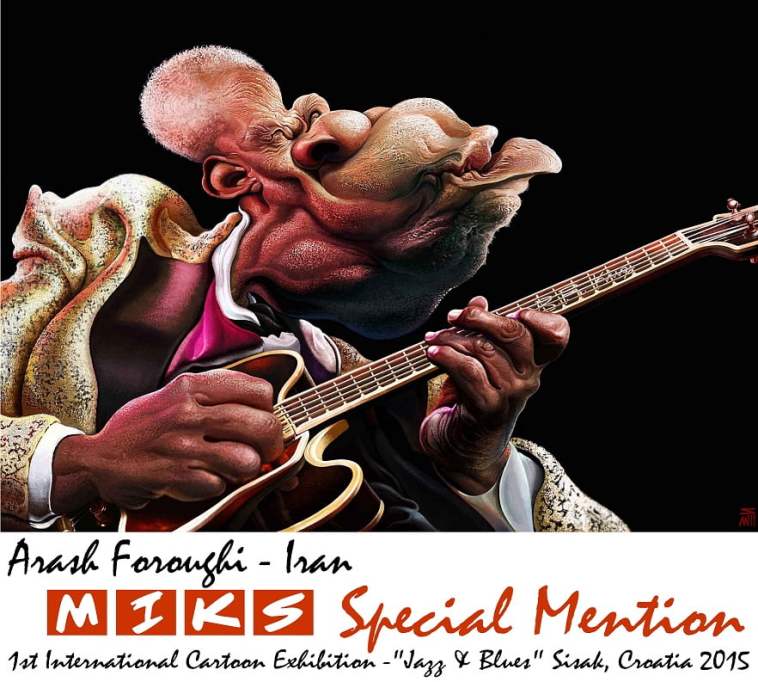 The first International Cartoon Exhibition in Sisak “MIKS 2015” on the theme of “Jazz & Blues”, was opened on Tuesday night in the gallery of the Sisak City Museum.

The published a tender attended by 218 authors from 55 countries, who have sent 481 work, and the exhibition has selected them 66. As part of the exhibition are set and caricatures jurors first MIKS, Damir Novak, Niko Titanic (and Nicholas Withers) Darijana Gotal Sokolovic and Nenad Ostojic.

The first prize was won by Andrei Popov from Russia, other Valentin Dubinin, also from Russia, and the third Alrezi Pakdel from Iran.

A total of five special awards MIKS, and were declared the winners of the special awards that were awarded international magazines Fenamizah (Turkey) and Good Humor Party (Poland).

The special prize of the international e-magazine Fenamizah from Turkey got Jiri Srna from the Czech Republic.

The special prize of the international e-magazine Good Humor Party went to Goran Ćeličanin from Serbia.

A special prize awarded by the MIX 2015 visitors will declare after the end of the exhibition.

With their performance exhibition accompanied jazz guitarist Damir Kukuruzović and members of his band Django Group.

The exhibition will be open until August 1.

In fact, thanks to everyone who helped to MIKS 2015 comes to life! 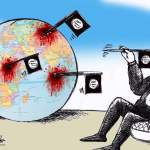 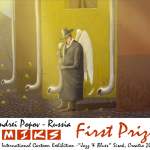