Dear Cartoonist,
2015 has been declared by the United Nations as the International Year of Light. Illuminating this subject with the light of the cartoon seems to us one of the best appeals to the artists of humor.
This is an issue of sovereign importance, which also shows many inequalities that exist worldwide. The light of the sun and the moon is the same for everyone. But the other lights, electricity and all that goes with it, are the reason for the darkness in different parts of the world. This is the reflection that we intend to evoke. Come on with a humorous light! With the bright focus on progress and distortions in the spotlight and behind the scenes. In between is an undeniable truth: there is no light without shade!
Two great figures have been appointed for the 2015 edition of the Caricature Special Awards:
1 – The Portuguese football player (born in Madeira) Cristiano Ronaldo, a sports icon, winner of Golden Balls and Golden Boots;
2 – and the American writer Ernest Hemingway (1899-1961), Nobel Prize for Literature, who participated in the First World War a century ago. This participation, as a driver of the Red Cross and the correspondent of the Kansas City Star newspaper, inspired him A Farewell to Arms (1929), an emblematic work of his literary career.
The choice of this figures aims to target the ingeniousness of humor artists, and arises from other designations made since 2013: Manoel de Oliveira and José Saramago (in 2013); Nelson Mandela and Siza Vieira (in 2014).
We will be looking forward to receiving your most appreciated participation, with our best wishes for 2015 full of humor,
Luís Humberto Marcos
Director
Contacts:
PortoCartoon-World Festival
The Portuguese Printing Press Museum
Estrada Nacional 108, nº 206
4300- 316 Porto
Portugal
Tel: +351 22 530 49 66
[email protected]
www.cartoonvirtualmuseum.org
17. PortoCartoon 2015: General Rules & Regulations in PDF 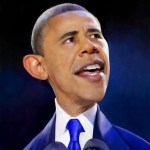 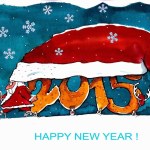