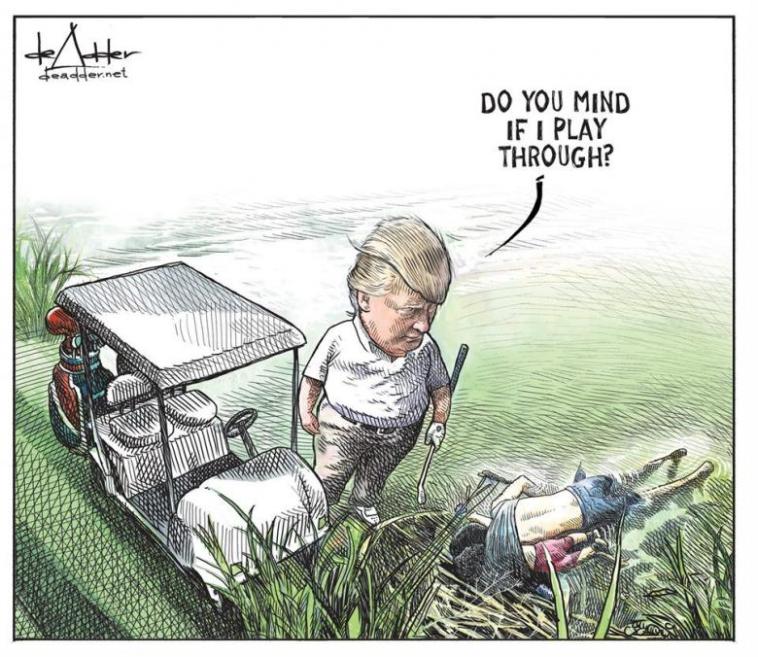 Canadian Cartoonist Fired After His Trump Cartoon Goes Viral: Michael de Adder had his contract terminated after his cartoon depicting a callous Trump standing over the lifeless bodies of drowned migrants, Óscar Alberto Martínez Ramírez and his daughter Valeria.

I’ve used ‘fired’ in the headline, but more accurately de Adder had his contract terminated with the Brunswick News, a privately-held publishing company that operates in New Brunswick, Canada. The sole owner, James K. Irving is one of the wealthiest people in Canada and he and his family have a vast array of interests and holdings, many of them dependent on access to the United States. So, when their little newspapers published a political cartoon that went viral completely excoriating the vile and hateful border practices of Trump something had to give.

Michael de Adder was born, raised, and educated in New Brunswick province and was a regular presence in its newspapers. Brunswick News Inc., which owns the Saint John Telegraph-Journal, the Moncton Times & Transcript, and the Moncton Daily Gleaner, has now disassociated itself from de Adder.

The above cartoon is apparently the one that went a step too far for Brunswick News Inc.

According to Wikipedia de Adder “draws approximately 10 cartoons weekly and, at over a million readers per day, he is considered the most read cartoonist in Canada.”

Also, according to Wikipedia, de Adder is a past president of the Association of Canadian Editorial Cartoonists. In 2013, he was nominated for the National Cartoonists Society’s Reuben Award for the top editorial cartoon in North America for a cartoon that depicted the NRA holding the Statue of Liberty with a gun to her head.

BTW: I'm not a victim. I just finished a book, that will be out in September and I still freelance for some amazing newspapers. It's a setback not a deathblow.

I'm not the type of person who's going to make a career out of being fired.I'm still successfully drawing cartoons for other publications.I just need to recoup a percentage of my weekly income and get used to the idea I no longer have a voice in my home province. 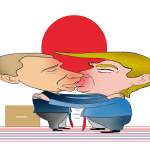 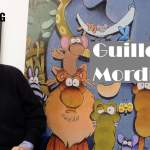