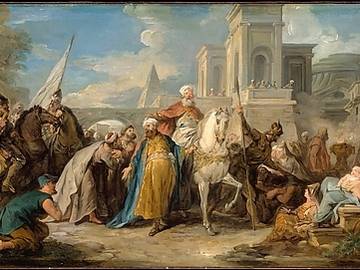 Cartoon History; ‘Cartoon’ Not Just For Kids: A word’s development is sometimes logical, sometimes not. Often a word with a concrete meaning turns into a metaphor, like vitriol, which started as a word meaning “a concentrated sulfuric acid” and came to mean “harsh and angry words” over time. “Liquid that burns” became “words that burn.” Conversely, there are words that begin with more abstract meanings, like commodity, a word that originally meant “amount, allotment” (“the quality or state of being commodious”) or “usefulness,” but then became “something that is bought or sold”—the “quality of being useful” became “a thing that is useful.” Sometimes the thing becomes the idea; sometimes the idea becomes the thing. Cartoon History: ‘Cartoon’ Not Just For Kids

‘Cartoon’ first designated “a design, drawing, or painting made by an artist as a model for the finished work.”

A cartoon is a word that shows us a clear progression in meanings from the concrete to the abstract in several stages.

Today we most frequently use cartoon to mean “a humorous drawing,” “comic strip,” or “animated film or TV show,” but its origins in English begin with fine arts: cartoon first designated “a design, drawing, or painting made by an artist as a model for the finished work.” This preparatory drawing could be for a fresco, painting, mosaic, or tapestry, and often is done in full size on paper which is traced or copied on a surface to be used for final work. Noah Webster’s definition from 1828 was the only one he gives in his dictionary:

CARTOON noun In painting, a design is drawn on strong paper, to be afterward calked [rubbed] through and transferred on the fresh plaster of a wall, to be painted in fresco. Also, a design colored for working in Mosaic, tapestry, etc.

This use of cartoon dates to the 1600s, when the Italian word cartone, originally meaning “pasteboard,” was borrowed into English. Carton comes from the same Italian root (also borrowed into French with the spelling carton), and though it is most commonly used to mean “a box made of cardboard,” it originally meant the material “cardboard” itself in English as in French. The related word card dates back to the 1400s in English, and came through French from the ultimate Latin root charta, meaning “a leaf of papyrus”; charta is also the ancestor of chart and charter (Magna Carta literally means “great charter.”)

The use of cartoon to mean “a humorous drawing” began in the 1800s. The Oxford English Dictionary shows an early use in an announcement from the British humor magazine Punch from 1843:

Punch has the benevolence to announce, that in an early number of his ensuing Volume he will astonish the Parliamentary Committee by the publication of several exquisite designs, to be called Punch’s Cartoons!

So cartoon began in Italian as the word for the material on which a drawing is made, then became the word for the drawing itself. Next, it came to mean a comic drawing, a series of drawings, or animation. The final stage in this progression is a metaphorical use meaning “caricature”:

The Apprentice, many complain, is a cartoon version of the real world.
—Del Jones and Bill Keveney, USA Today, 15 April 2004

Playing a cartoon version of what a shallow man most hates—engagement, political passion—she smuggles in social critique, but Ms. [Lane] Moore might be most deft at drawing people out.
—Jason Zinoman, The New York Times, 22 June 2017

This usage clearly developed from the “humorous drawing” or “comic strip” meaning of cartoon, but keep in mind that if you hear the word used in an art museum, it might refer to the kind of sketch that is not a comedy. Helpful information when you’re trying to figure out exactly what about that drawing of a chair is meant to be humorous. 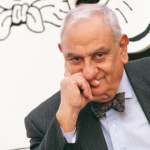 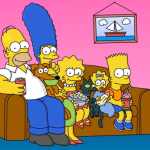