Walt Disney, The Great Magician of Every Childhood

The film tells the story of Chronos, the personification of time, and the inability to realize his desire to love for a mortal. The scenes blend a series of surreal paintings of Dali with dancing and metamorphosis.

The target production began in 1945, 58 years before its completion, and was a collaboration between Walt Disney and the Spanish surrealist painter, Salvador Dalí. Salvador Dali and Walt Disney Destiny were produced by Dali and John Hench for 8 months between 1945 and 1946.

Dali, at the time, Hench described as a “ghostly figure” who knew better than Dali or the secrets of the Disney film. For some time, the project remained a secret. The work of painter Salvador Dali was to prepare a six-minute sequence combining animation with live dancers and special effects for a movie in the same format of “Fantasia.”

Dali in the studio working on The Disney characters are fighting against time, the giant sundial that emerges from the great stone face of Jupiter and that determines the fate of all human novels.

Dalí and Hench were creating a new animation technique, the cinematic equivalent of “paranoid critique” of Dali. Method inspired by the work of Freud on the subconscious and the inclusion of hidden and double images.

Dalí said: “Entertainment highlights the art, its possibilities are endless.” The plot of the film was described by. Dalí as “A magical display of the problem of life in the labyrinth of time.”
Walt Disney said it was “A simple story about a young girl in search of true love.” 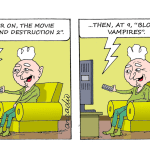 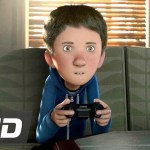