The Norwegian Cartoonist Gallery and Toons Mag /Arifur Rahman invite you to participate
in the International exhibition and contest “Freedom of Expression” 2017.
Requirements for participating:

Exhibitions opening:
1. The Norwegian Cartoonist Gallery (Avistegnernes Hus), 22nd of April at 14:00 till 21st of May 2017.
Per Edgard Kokkvold, Writer, and Chairman of the Norwegian Broadcasting Council. Former newspaper editor, secretary-general of the Norwegian Press Association, and leader of the Press Complaints Commission will be inaugurating the exhibition at 2.00 PM on 22nd April.

2. The Norwegian Festival of Literature in Lillehammer at Elephant Kunsthall, 31st of May from 15:00 till 4th of June 2017.
Moddi Knutsen, Norwegian musician will be inaugurating the exhibition, and Roar Hagen, Norwegian political cartoonist will be announcing the name of award winner cartoonists at 3:00 PM on 31st May.

3. Indian Institute of cartoonist, Bangalore, India, 29th April to 20th May 2017.
Dr. Sathyabhama Badhreenath, Director of the National Gallery of Modern Art will be inaugurating the exhibition at 11.30 AM on 29th April.

Cartoons can only be used for promotion purposes (printing, exhibition, websites, newspapers, posters, and invitation cards).
We will publish the results of the contest on 31 May 2017. For further information, please visit www.toonsmag.com 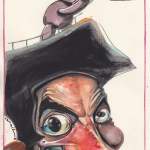 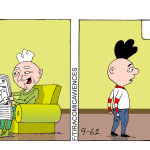