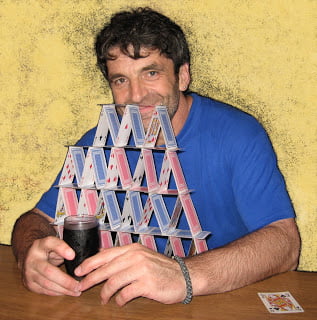 Goran Celicanin, a well-known Serbian cartoonist, was born in Krusevac, Serbia, on January 30th, 1960. He finished primary and secondary schools in Varvarin and graduated in Mechanical engineering at Belgrade University. Having the status of a freelance artist since 1998 and bearing the title of a distinguished artist since 2007, he has been a member of the Serbian Association of Visual Artists (ULUPUDS) since 1994. He has also been a member of the Serbian Journalist Association (UNS) since 1998. He works for a lot of newspapers in the country and abroad.

Goran Celicanin takes a close interest in illustrations, cartoons, and comics. For his work, he has got many awards in the country and abroad, such as three plaques (the annual awards for years 2000, 2003 and 2004) from the Association of Visual Artists; he is the first to win the annual “Laza Kostic” cartoon award from the Journalist Association in 2003; he won the third (in 1991), the first (in 2004) and the second (in 2008) awards in the “Pjer” cartoon competition. Furthermore, he is the prizewinner of the “Klasovo majstorsko pero” cartoon competition and bears the title of the cartoon master in Plovdiv, Bulgaria, in 2005, etc.

His works are exhibited in many museums of humor and satire and in some private collections all over the world. He often participates in many art workshops in the country and abroad, as in a number of humanitarian art activities.

He lives and works in Belgrade and in his studio in Varvarin. 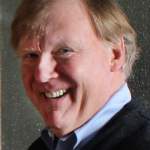 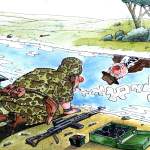