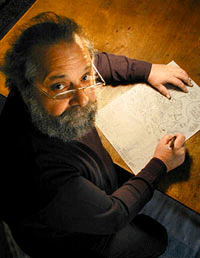 A leading political cartoonist since 1961, he has been at the forefront of militant criticism against politics of power. He studied graphic design, theatre, and drawing and collaborated with a lot of printed media, most importantly, Avgi, Streets of Peace, Panspoudastiki, Ntefi, Anti, and Eleftherotypia. He has also published cartoons for Manos Chatzidakis’ “Tetarto”. In 1984 he published the album “The Gypsy Orchestra” which is regarded as the first Greek graphic novel. It was followed by “The Black Image of Aphrodite” (1990), “The Typhoon” (1997). He has also published collections of his cartoons (“For The Money’, “November”, “2000 out of 4”). From 2005 to 2010 he was the editor of “Galera” magazine. Unconventional and bold, Kalaitzis draws, writes, and speaks in a very personal style expressing his anger against the state of things.
Kalaitzis was most recently working with Efimerida ton Syntakton.
The funeral is set to take place in Athens on Tuesday.
Sources: aicf & ekathimerini. 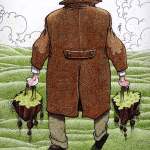 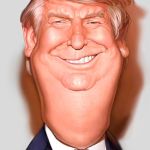