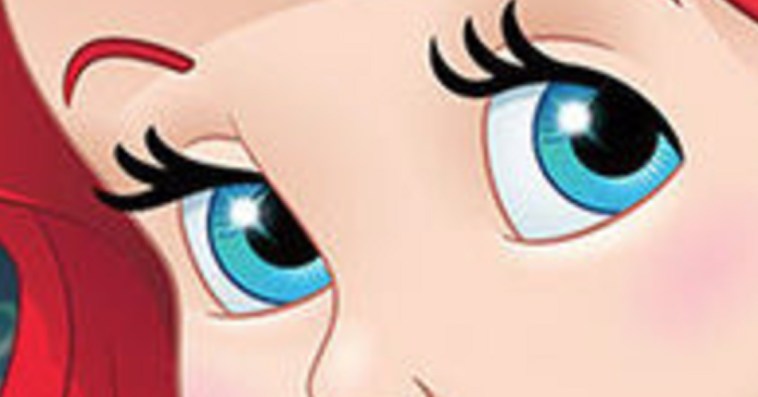 How to Draw Disney Character Eyes?

This is an easy and step by step eyes drawing tutorial for Disney characters. Let’s start!

How to Draw Eyes in Various Views

As you already know, a flat drawing of a head is a rendering of something 3D, and it’s the same with the eyes—they’re spherical, not circular. If you only draw your faces in the front view, you can ignore that fact, but if you want to draw any other views, it’s crucial to understand how the eyes’ position changes.

In the front view, all three eyeballs (two real + the imaginary one) are placed next to each other. In the side view, they cover each other perfectly. All the views in between will be some in-between stages:

The same will happen to the diameters of each circle—in the front view, they will be straight, and in the side view completely curved. The in-between stages must be estimated according to this rule.

Drawing the diameters will help you place the pupils correctly. Notice how their shape changes transitionally, too!

When placing the pupils, keep one thing in mind: to make them more focused, draw them slightly rotated towards the middle each time. This will give the impression that the eyes are looking at something close.

Once you have the eyeballs, it’s time to cover them with the eyelids. They should wrap the spherical shape of each eyeball, so their shape will change depending on the view.

Draw the eyelids over the eyelashes, following the curve of the eyeball. Their size is very important to create the unique look of a character. Also, marking the lower eyelids the same way can quickly make your character look older!

Finally, outline the eyes. Remember to always keep the shine dots asymmetrical! Also, the nose will partially cover the other eye in the views close to the side.

How to Rotate the Eyes

But eyes can move independently from the rotation of the head, right? Let me show you how to achieve this effect. Draw the curved diameters of the eyeballs, adjusting their shape to both (imaginary) ends of the motion. This may require some practice to understand, but once you get it, you’ll never have a problem withdrawing eyes again!

In general, the eyelids and lashes should follow the position of the eyes, not their rotation, but sometimes it may be necessary to change their shape a little:

Eyes are the most important part when it comes to showing the emotions of a character. You can achieve various emotions by rotating the eyes, putting the eyelids low or high, changing the side of the iris/pupil, and, most easily, by changing the shape and position of the eyebrows. You can learn more about drawing facial expressions from these tutorials: These were the general rules. To create various styles, you can play with them, achieving a unique look for your character—showing their personality and ethnicity.

All right, let’s get back to the actual drawing. It should be easy now that you understand the rules! Draw the curve of the eyelids, imagining the eyeballs they wrap.

Draw the iris and the pupil. You can draw them in the default view, or experiment with the rotation. 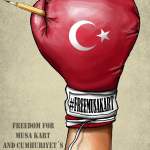 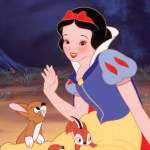