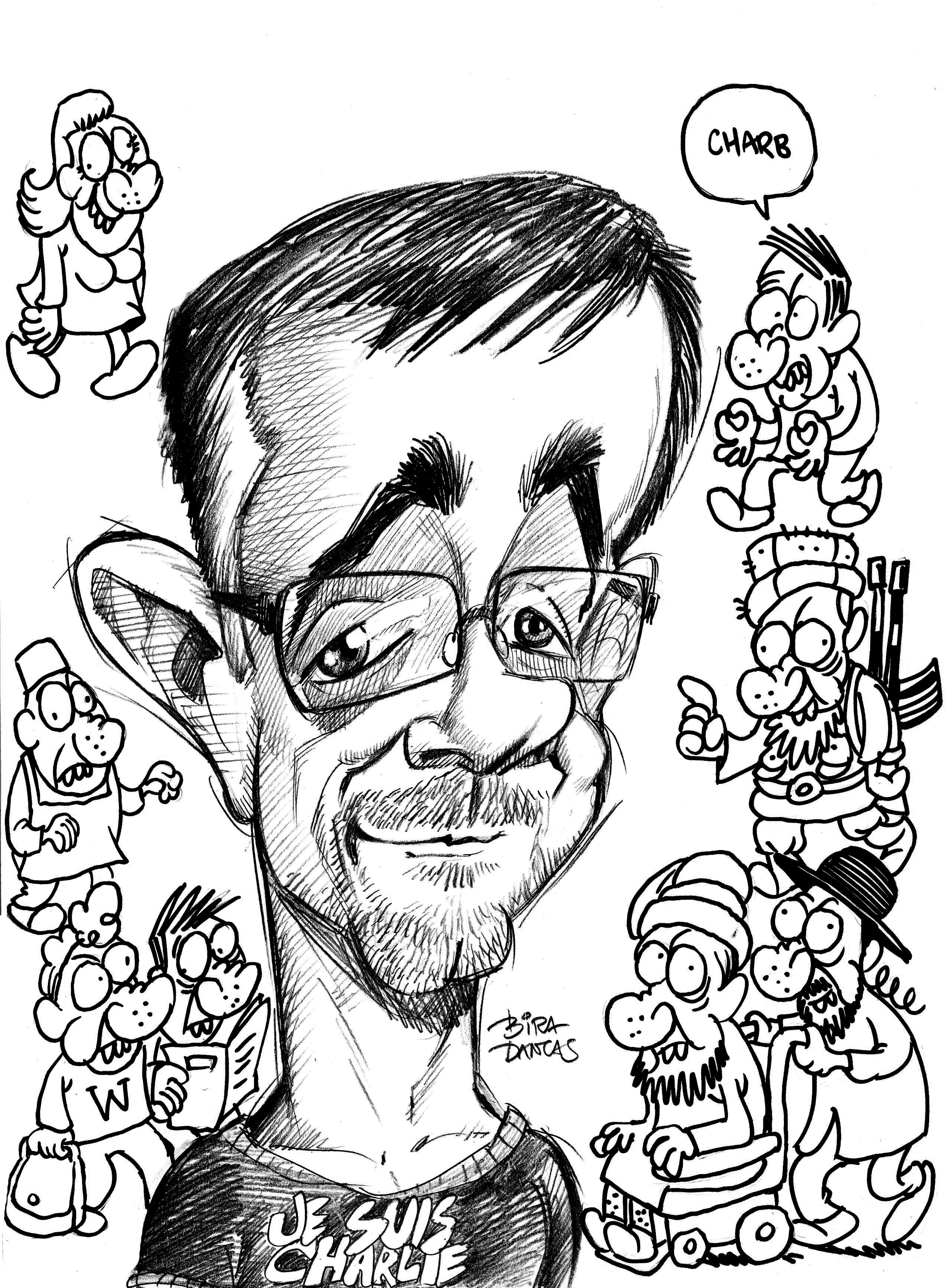 Stéphane Charbonnier, better known as Charb, was a French satirical caricaturist and journalist. He was assassinated by Islamic terrorists during the Charlie Hebdo shooting on 7 January 2015. He worked for several newspapers and magazines, joining Charlie Hebdo in 1992 and becoming the director of publication in 2009.