Caricature: Henry Fonda, once upon a time the west, oil on canvas.

Henry Jaynes Fonda was an American film and stage actor with a career spanning five decades. Fonda made his mark early as a Broadway actor. He also appeared in 1938 in plays performed in White Plains, New York, with Joan Tompkins. 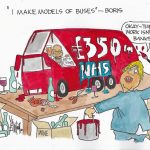 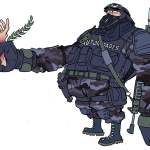