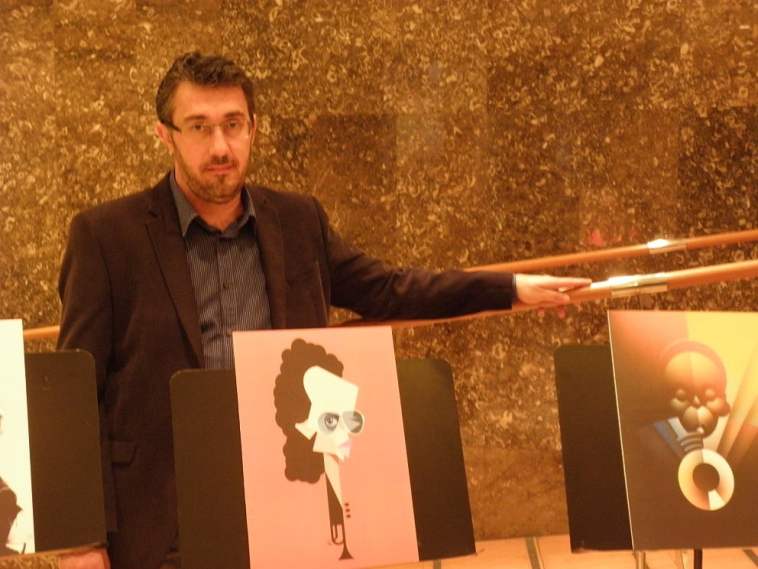 TM: Let us know who you are in 100 words: (Example: Where are you from? What is your profession? How old are you? Etc.)
Nenad: I was born 50 years ago in Gospic, a small town in Croatia. In my life, I’ve had many different jobs. I wrote for newspapers, illustrated books and magazines, drew cartoons and caricatures, worked on computer games, was a sports official, coach and secretary of the basketball clubs. By profession, I am a journalist and Bachelor of basketball.

TM: How/where did you learn to draw? How long have you been working as a cartoonist / Artist?
Nenad:  Since I can remember I loved drawing. At the early age of 11, I started working on my first characters and drawing comics. When drawing comics I learned from Branislav Kerac and Julio Radilović – Jules. Both of them are recognized and well-known comic strip artists in the former country (Yugoslavia). At 18, I finished my studies in the school of animated film, led by Josko Marusic, world-famous director of animated films. 1986 in the former Titograd had his first solo exhibition of caricatures. I published some cartoons, illustrations and cartoons in a newspaper in the former Yugoslavia. Unfortunately, the last months of 1990 followed with the war in former Yugoslavia. Cartoons and animated films basically froze and production was halted There was a period in my life in which I was engaged in other matters in the fight for survival and a better life. I worked as a journalist and sports official. My return to drawing took place in 2012. A friend then worked at the school book “formula for success in sport” and ask me to help him illustrate the book. Cooperation continued in the second part of the book 2013. So I started drawing again. His first cartoon after long years in mid-2013, I sent the Zagreb International Festival of cartoons and she came to the exhibition and catalogue. In the same year, I joined the Croatian society cartoonist.  Since then I have participated in all the exhibitions organized by the Croatian Association of cartoonists in the world and Croatia. Since those days, his works were published and I also published on many web portals and magazines like Toons Mag, Fenamizaha, NST, news bar and others. 2014 organizing six exhibitions for cartoons in six cities in Croatia called Unemployed entry is prohibited. I am one of the first in Croatia who started the action when the attack took place in France in the editorial Charlie Hebdo. Initiating workshops and drawing cartoons in Zagreb and Sisak. From 2015 begin to more actively participate in international festivals for cartoons. Festivals in 2015 organized by the international exhibition of cartoons in Sisak (Croatia) MIKS Jazz & Blues. Organized by the brand itself. That same year I founded the International Association of cartoonists MIKS.
The association includes 56 authors from 27 countries. In late 2015, I started the project 2 + 2, a project of small exhibitions that aim to promote cartoons in Europe. The first Exhibition of the 2 + 2 will be held in Bulgaria on 01.04.2016 at the Museum of Humour and Satire in Gabrovo. I started a project of the International Museum of cartoons which is due to open in Croatia. I try through an association to promote the cartoon as part of fine art. In early 2016, my cartoons found their way to the cover Fenamizaha, and then I had my first big award at the festival organized by the Women’s Rights toons Maga. In just three years I have achieved a lot, it’s my indication that I’m doing well and to continue so. In addition to drawing and organization of the festival and exhibition goal is to do something with the collaboration of cartoonists from around the world by creating better conditions for the work done by cartoonists and giving caricatures recognition as an artistic expression in the visual arts. I believe that with a good organization this can be achieved.

TM: What work do you enjoy doing the most? What are your hobbies?
Nenad: In addition to drawing and writing, I’m a big fan of music and movies. I have quite a collection of movies and music CDs. It relaxes me and I really enjoy this. Now I’m trying to get back to running. At one time in my life, I ran regularly. I have finished full and half marathon events too. I also love cooking and I experiment with a variety of different recipes. I’m no Jamie Oliver, but I know the way around the kitchen.

TM: Name three artists/cartoonists you are inspired by? How have they inspired you?
Nenad: My first love was the comics, so I grew up with comics Hermann Huppen, Hugo Pratt and Enki Bilal. As far as cartoonists, my role model was Croatian cartoonist Otto Reisinger and of course Guillermo Mordillo. Today there are a variety of great cartoonists. I’m thrilled to work Andrei Popov, Angel Boligan, Oleksy Kustovsky, Aristides Hernandez Ares, Nicholas Listeš, Darko Drljevića, Damir Novak and other masters of caricature. My apologies for anyone I forgot to mention as there have been many great artists I have met over the years. I delight in the works of Zoran Petrovic. All of this is art, even if some people don’t want to admit it.

TM: Why did you decide to be an artist / Cartoonist?
Nenad: Caricature is the spine and the spark that we can laugh and grieve. And in both cases forcing us to reflect. A cartoon is a fascinating short artistic idea that speaks in all languages and everyone can understand cartoons in every corner of the world. This is why its power is unique. In one drawing, one idea to say so many things, it can only be a caricature. Maybe some of these reasons and so many colours. Unfortunately, in the hands of some people, it becomes a weapon. Being a cartoonist, this is a serious, responsible and ultimately dangerous job today.

TM: What is your aim in life?  Where you want to see yourself in ten years?
Nenad:  In my life, I have learned to place short-term goals. Go step by step. In addition to drawing cartoons and caricatures and promotion by organizing exhibitions and festivals. One of my long-term goals is the opening of the International Museum of Caricature in Croatia. The second and the largest and perhaps the most difficult thing is to find like-minded people, who are willing to work and to form an association that would help cartoonists from around the world. Not only formally. The association that fought for their rights, which would set and keep some standards that promote constant caricature creations and this will allow this art to return to its place in the visual arts where it rightly belongs. Who knows, maybe this is just a dream, but if I do not try I will not be happy.

TM: Recently we arranged an international cartoon contest and exhibition, and you were one of the winners. What do you think about Women’s Rights? How important is it to you, and why?
Nenad:  Long ago we as a civilization made some declarations and decisions …
Always happy to invite you to the Universal Declaration of Human Rights is the first comprehensive instrument for the protection of human rights, proclaimed by a general international organization, the United Nations. It was proclaimed at the UN General Assembly in 1948.
All human beings are born free and equal in dignity and rights. They are endowed with reason and conscience but one should act towards others in a spirit of brotherhood.

TM: How can we build a better world with our cartoons?
Nenad: I honestly think that cartoonists make it much easier for the agreement on a cessation of all hostilities and wars. The exploitation of the poor and oppressed by any world political organization and those who control the money. For us to continue to send out their “spikes” and “sparks”. Today, fortunately, we live in the age of the Internet, which if used wisely, can break down barriers and boundaries, and bring people from any corner of the world closer to each other. Who knows, maybe when you get to know each other fear of the unknown will finally disappear. 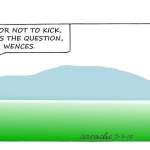 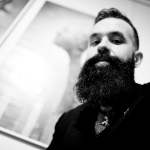