The second exhibition of cartoons of the international project “2 + 2” MIKS association from Sisak opened on 21 July 2016 in J.U. Center for Culture in Kolasin (Montenegro).

His work on the second international exhibition MIKS “2 + 2” presented Daro Drljević, Luka Lagator, Nenad Ostojic and Damir Novak. Each author was presented with 15 works.
The exhibition took place and drawing school for children, as well as the announcement of the renewal of the international festival of caricature that in Kolasin was held in 2007.
The exhibition was sponsored by the Ministry of Culture of Montenegro and the Municipal Assembly of Kolasin.
The owner and organizer of the exhibition in Montenegro was Darko Drljević one of the most important cartoonists from the former country and also the president of the Montenegrin Association of cartoonists.
International Association MIKS thanks the Ministry of Culture of Montenegro and the Municipal Assembly Kolasin and Montenegrian Association of cartoonists, and especially Mr. Radojica Bulatovic Director of Radio of Montenegro and Mr. Luke Lagator Cetinje artist of world renown.
International Project MIKS “2 + 2” international association of cartoonists based in Sisak, which was conceived as a kind of “Champions League” for caricaturists who aims to “networking” cartoonist from the region and Europe in the first year of existence was held in the two countries. In Bulgaria and Montenegro. The project has so far accepted in 8 European countries, a new exhibition (as well as a return guest appearances) in 2017 is already in preparation.
Montenegrin media project MIKS “2 + 2” declared the locomotive of regional and international cartoons whose task and goal after a quarter century of its cultural activities connected and caricature returns lustre and dignity in the region, but also in Europe.
President of the association MIKS Nenad Ostojic said that the association that there is something more than a year in that period organized by 12 national and international exhibitions cartoons in four European countries. This association MIKS becoming internationally known “brand” (the city of Sisak, Croatian) and one of the leading organizers and promoters cartoons in the region and Europe. The association has over 70 internationally recognized and well-known cartoonists from 29 countries, and at this year’s General Meeting of the Association for the honorary members of the association confirmed and Andrei Popov (Russia) and Darko Drljević (Montenegro). The new member of the association is an internationally recognized artist from Canada Evelyne Arcouette.
Next Exhibition Association MIKS – „MIKS MUSIC” is scheduled for 1 September 2016 in Germany (City Gallery of Leer).
Announced and is a new project of the association MIKS (in addition to the world-renowned festival of caricature in Sisak and Project MIKS “2 + 2”) MIKS “Golden Age Cartoons”. It is a caricature exhibition which will be presented to the best cartoonists of the former state. The exhibition will end in 2017 premiered be set up in Europe, and during 2018 should be set up in the capitals of the countries that were once part of Yugoslavia. 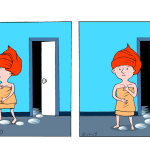 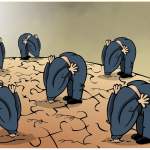