“Orlando Drummond (born October 18, 1919) is a Brazilian stage, television and film actor, best known for his works as Seu Peru in the series Escolinha do Professor Raimundo and also as the voice of Scooby-Doo, Alf, and Popeye. He was born in Rio de Janeiro. Drummond began work in 1942 as a foley artist and, with help from Paulo Gracindo, started his dubbing career. He also worked as an actor in the films Rei do Movimento (1954) and Angu de Caroço (1955), but he is primarily known for his dubbing works during the 1950s. He acted also in the telenovela Caça Talentos as Zarathustra from 1996 to 1998.” 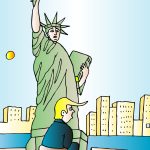 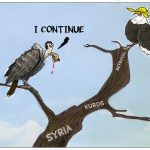