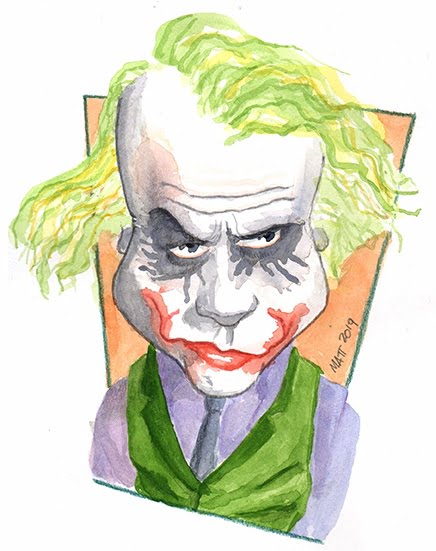 Heath Ledger as The Joker – watercolors, and pencils

Heath Andrew Ledger was an Australian actor, photographer, and music video director. After performing roles in several Australian television and film productions during the 1990s, Ledger left for the United States in 1998 to further develop his film career.