Since the 1980s, Pixar has helped usher in the use of computer graphic imagining in cartoons. Not only that, but they’ve pushed the boundaries and excelled in their craft, creating stunning feature-length films and garnering a huge fan base in the process. However, with their feature-length work, they’ve made it a priority to commit to making short films as well. Their shorts almost always appear before their feature films, and some of them are almost more memorable than the feature itself. So, with all the great shorts Pixar has put out over the years, which are at the top? Here is the Best Pixar Short Animation Film You Need To See.

George and A.J. was a bit of a departure for Pixar, being a hand-drawn cartoon rather than computer imaging. It tells the story of the nurses who came to take Carl Fredricksen from UP to a nursing home and their life after witnessing Carl flying away in his house with balloons.

The Adventures of André and Wally B. is a simple short by the studio that would eventually become Pixar. It was their first short. André wakes up and is confronted by a bee and a chase ensues. The only intention of the short was to show what computer imagining could do with cartoons.

Mater and the Ghostlight aren’t exactly Pixar’s finest short. It’s actually one of two shorts that weren’t nominated for an Academy Award. However, it was directed by John Lasseter, the founder of Pixar, so that has to count for something. It’s also a relatively humorous short and if you or your kids are a fan of the Cars franchise, you’ll have to check this one out.

Rex from Toy Story isn’t exactly known for being a party animal. However, things change in the short Partysaurus Rex. Set after the events of Toy Story 3, Rex finds himself with the bath toys, and they need the water to go on so they can keep playing. Rex turns it on and gets the party started. It’s a cute little short that’ll sure to delight fans of Toy Story. 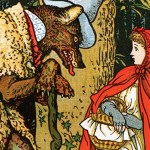 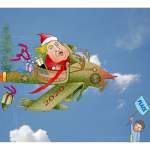