Claire Bretécher was a French cartoonist, known particularly for her portrayals of women and gender issues. She was born in born April 7, 1940 and died in 10 February 2020. Her creations include the Frustrés, and the unimpressed teenager Agrippina.

Bretécher was born in Nantes and got her first break as an illustrator when she was asked to provide the artwork for Le Facteur Rhésus by René Goscinny for L’Os à Moelle in 1963. She went on to work for several popular magazines and in 1969 invented the character “Cellulite”. In 1972 she joined Gotlib and Mandryka in founding the Franco-Belgian comics magazine L’Écho des savanes.

Throughout the 1970s and 1980s, she published successful collections, such as The Destiny of Monique (1982). In 2001, Bretécher’s series Agrippine was adapted into a 26-episode TV series by Canal+.

Claire Bretécher was the widow of French constitutionalist Guy Carcassonne with whom she had a son. 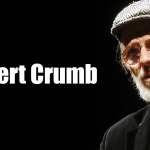 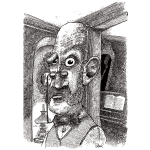