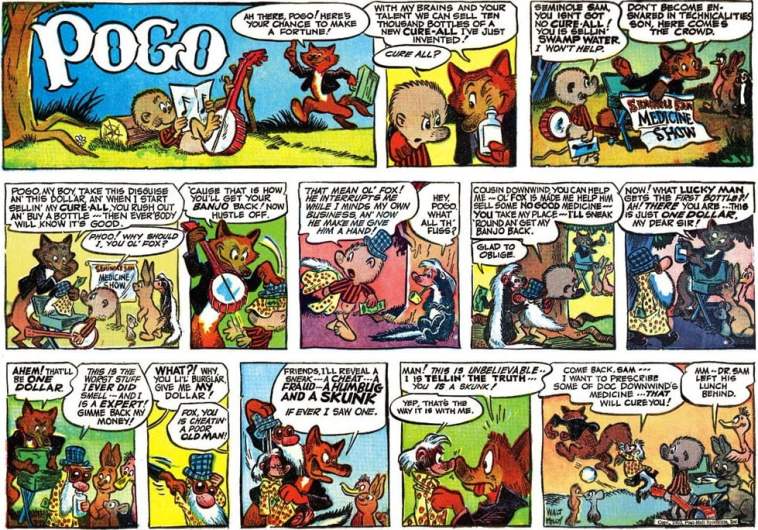 Comic Strips and Their Vast Popularity: Comic strips are almost as popular as comic books in some circles. So I would be remiss if I didn’t compile an

article about them. Strips have ended up in a multitude of newspapers and other media all over the world. Most people who read the Sunday paper can’t pass up the comic section. I know I sure can’t.

Comic strips are short strips or pieces of sequential art, telling a story. They are drawn by cartoonists and are published regularly in newspapers, magazines or on the Internet.

Strips can be humorous like Beetle Bailey, Hi & Lois, or Hagar the Horrible, with no continuous story but end with a typical punch line. Or they can have a soap opera-like continuity (like Judge Parker or Little Orphan Annie) with serious storylines in serial form. They are, however, nonetheless known as “comics” – though the term “sequential art”, coined by cartoonist Will Eisner, is becoming increasingly popular.

In America, the great newspaper icons of the time, Joseph Pulitzer and William Randolph Hearst were continuously warring with each other during the late 1800s and early 1900s. This created great popularity in comic strips and “The Little Bears” was the first American comic with recurring characters. Then the now famous, “Yellow Kids” became the first color comic and was part of the first Sunday comic section in 1897. This is where the term “yellow journalism” supposedly formed its origin. Mutt and Jeff was the first daily comic strip appearing in 1907.

Comic strips not only provide us with the laugh each day or week that we must have to start the day. They also give a political platform to some of the strip creators in which they can pass on their social and political opinions.

Comic strips have long held a distorted mirror to contemporary society. They have long been used for political and social commentary, ranging from the staunch conservative values of Little Orphan Annie to the unabashed liberalism of Doonesbury.

Pogo used animals to particularly devastating effect, caricaturing many prominent politicians of the day as animal denizens of Pogo’s Okeefenokee Swamp. Creator Walt Kelly, in a gutsy move, took on Joseph McCarthy in the 1950s, caricaturing him as a bobcat named Simple J. Malarkey, a megalomaniac bent on taking over the characters’ bird watching club and rooting out all undesirables.

Kelly also defended the medium against possible government regulation in the McCarthy era. At a time when comic books were coming under fire for supposed sexual, violent, and subversive content, Kelly feared the same would happen to comic strips. Going before the congressional subcommittee, he proceeded to charm the members with his drawings and the force of his personality. Due to his actions, the comic strip remained safe for creative satire.

Comic strips have also made quite a splash on the Net since the World Wide Web came into play in the 1990s. This led to an explosion of amateur webcomics, comic strips created solely for Web sites. Webcomics differ from published comic strips, in that anyone can start his strip and publish it on the Web. No longer is there any need for a creator to meet the approval of a publisher or syndicate.

Currently there are hundreds of webcomics. Many of which are low quality and sporadically updated. However, a number have endured, and the best ones rival their newspaper and magazine counterparts in terms of quality and quantity. Megatokyo, Penny Arcade, PvP, Sluggy Freelance, and User Friendly are considered to be among the best of the webcomics.

The majority of traditional newspaper comic strips now have some Internet presence. Syndicates often provide archives of recent strips on their websites.

So the next time you sit down to the Sunday paper, take particular note of the funnies section. Keep your favorite comic strips near and dear to your heart. And remember the trials and tribulations these strips have gone through to continue to provide you with everlasting entertainment.

Comic Strips and Their Vast Popularity! 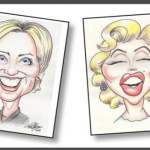 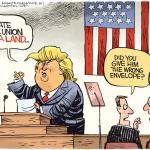 About Toons Mag
Back to Top
Close Create Post