How to Draw an Owl: Owls are nocturnal hunters that know how to hide, so it is hard to see them in real life. But once you simplify the owl’s image it is easy to break them down into a couple of lines, and draw a good-looking owl in just six steps.

Here’s how to draw a simple owl step by step:

Contents hide
1. Draw the head first
2. Now draw the body
3. Now draw the tail
4. Add the wings inside the oval
5. Add feet and a perch
6. Finish the owl’s head
7. How to Draw An Owl Video Tutorial

In the upper third of your drawing space draw a nearly perfectly circular, but make the circle just a bit wider on the left and right sides than it is on the top and bottom. This creates the owl’s head. 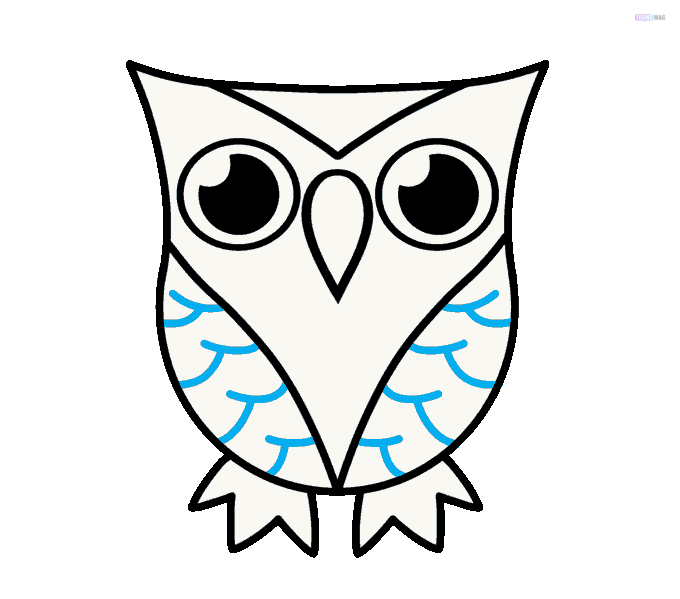 Draw a large oval at least twice the size of the circle, just below the circle, but so that the two shapes overlap by about 10 to 20% of the circle. This big oval is the owl’s body.

The tail should be a long “U” shape drawn at the bottom of the oval you just made. The length should be about twice the width of the tail.

Add the wings inside the oval

Next, draw two long arcs inside the oval to represent the owl’s wings. The wings should not start exactly where the head circle ends – give the owl a bit of shoulder and start the lines that create the wings about 10% down each side of the oval. End the wing before you reach the big “U” that creates the tail, leaving a gap that’s about one-tenth the length of each side of the oval.

Add feet and a perch

Look where the wings end at the bottom, then move up about 20% of the length of the wing. Now draw six vertical (top to bottom, not side to side) hashes to represent the feet. The hashes should be grouped so that they look like two feet with three toes each.

Draw a long line that intersects the owl’s feet to give him a branch to sit on. Then draw a second line just below it to finish the branch. You can color the branch in if you want so the lines of your drawing (the wings and the sides of the oval), don’t show through the branch. 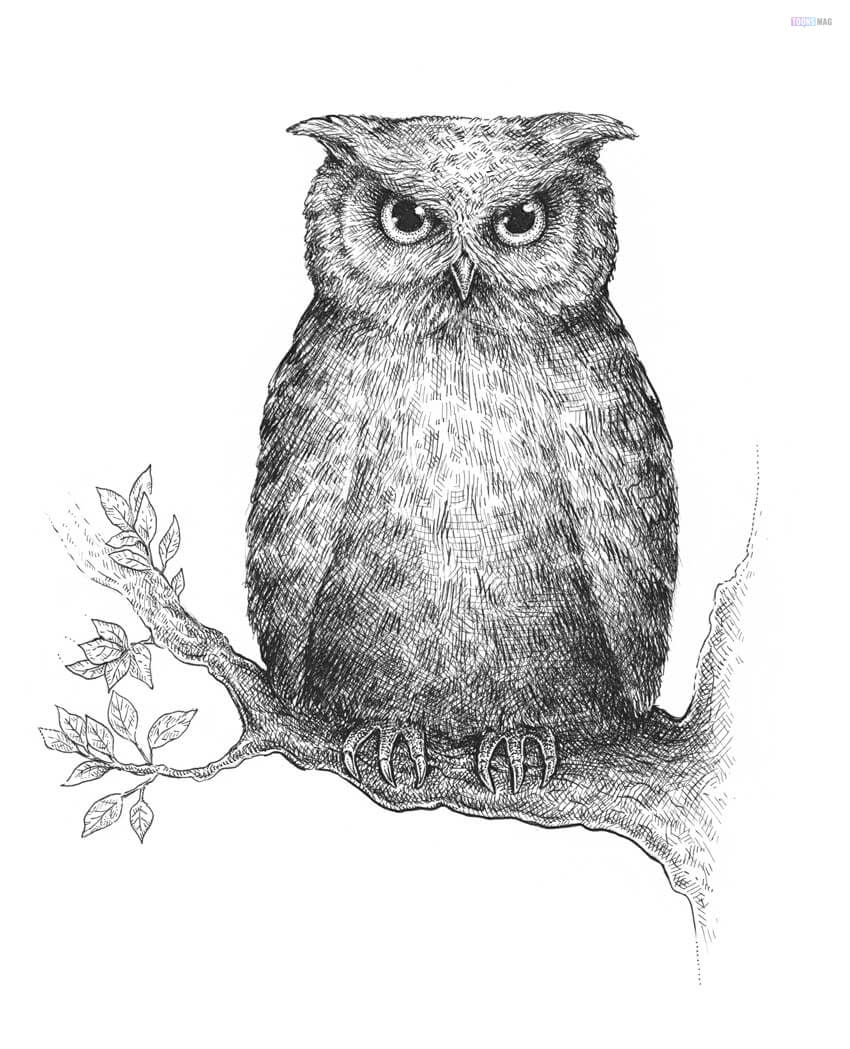 Draw two very small circles about 1/3 down from the top part of the owl’s head. These are the eyes. You can also make the eyes just two very shallow, or almost flat “u” shapes if you want the owl’s eyes to be closed.

A little bit below the two circles that form the eyes, in between them, make a little “v” shape to represent the owl’s nose. It can be tempting to add a mouth for some people, but owl’s don’t have mouths, they have beaks, so just leave the “v” for the beak.

How to Draw An Owl Video Tutorial