Marco De Angelis (Rome 1955, Italy) is a cartoonist, professional journalist, illustrator, and graphic designer. He published on over 200 newspapers and a great number of websites in Italy and abroad: Il Popolo, La Repubblica (he was editor in these two newspapers), Metropoli, Il Messaggero, Il Mattino, Panorama, Grazia, Gialli Mondadori, Help!, ComicArt, Comix, Washington Post, Chicago Tribune, Los Angeles Herald, Vancouver Sun, Tampa Tribune, Herald Tribune, Courrier International, Le Monde, Jez, Nebelspalter, Eulenspiegel, Fire, Fenamizah, etc.
Cartoon Arts International and The New York Times Syndicate distributed his works worldwide. He was also the editor from Italy for WittyWorld and he is part of Cartoon Movement and Cartooning for peace.
He is one of the creators and editor in chief of the humor magazine online Buduàr where he publishes cartoons and articles.
Illustrator for many children’s books and magazines of the main publishers: De Agostini, Giunti, La Scuola, San Paolo, Lapis, E.L.I. (28 magazines in 40 countries). He collaborated with many associations, companies, and televisions as an illustrator and graphic designer.
He won over 120 awards: the Golden Palm in the Salon of Humor of Bordighera in 1997, the 1st prize in Istanbul 1987 and 2016, two 1st Prizes Council of Europe, 1st Prize in Tehran, Krusevac, Fano, Dolo, Trento, Pescara, Lecce, and many others. Awarded also in Olen, Belgrade, Skopje, Tokyo, Montreal, Porto, Caldas da Rainha, Ottawa, Amsterdam, Galati, etc.
He was selected by Cartoon Home Network International as one of the 10 best cartoonists of 2018 in the world. 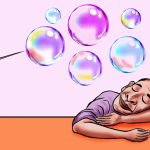