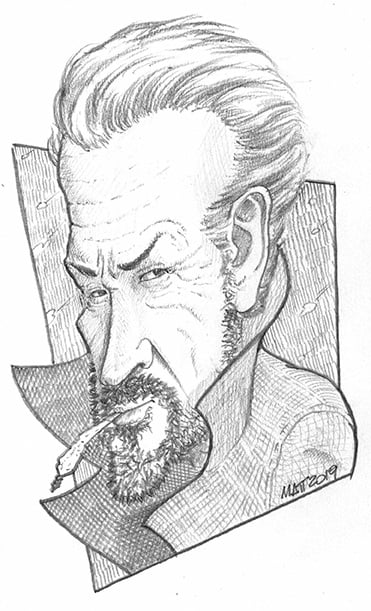 Marco Giallini was born in Rome, Giallini is the son of a housewife and a laborer in a furnace. After attending the Accademia Nazionale di Arte Drammatica Silvio D’Amico,  he began acting on stage, working among others with Arnoldo Foà and Angelo Orlando.[2] He made his film debut in 1995, in Orlando’s comedy film L’anno prossimo vado a letto alle dieci. He appeared on several TV-series and was co-protagonist, alongside Valerio Mastandrea, of the Rai Tre sitcom Buttafuori.[2][3] He is also very active in music videos and short films. See also: Caricature of Salvador Dalí, pencils on paper by Frank.