All-time classic voice actor Mel Blanc. Melvin Jerome Blanc was an American voice actor and radio personality. After beginning his over-60-year career performing in radio, he became known for his work in animation as the voices of Bugs Bunny, Daffy Duck, Porky Pig, and most of the other characters from the Looney Tunes and Merrie Melodies theatrical cartoons during the golden age of American animation.

He later voiced characters for Hanna-Barbera‘s television cartoons, including Barney Rubble on The Flintstones and Mr. Spacely on The Jetsons. During the golden age of radio, Blanc also frequently performed on the programs of comedians from the era, including Jack Benny, Abbott and Costello, Burns and Allen, The Great Gildersleeve, and Judy Canova.

Blanc was nicknamed “The Man of a Thousand Voices”, and is regarded as one of the most influential people in the voice acting industry. 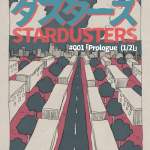