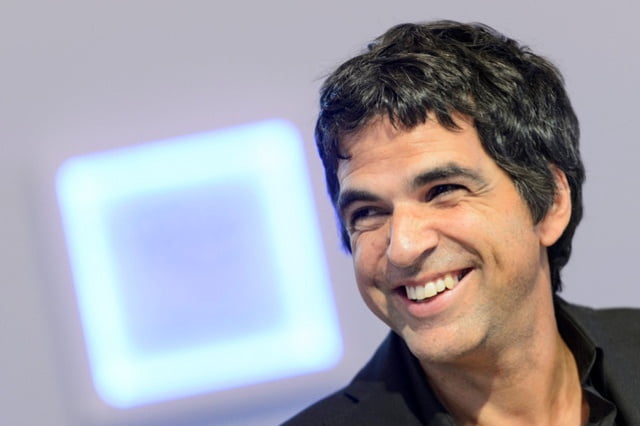 Patrick Chappatte (known simply as Chappatte, born 1967 in Karachi, Pakistan) is a Lebanese-Swiss cartoonist who draws for Le Temps, Neue Zürcher Zeitung (Sunday edition), the German news magazine Der Spiegel and the International New York Times. Born to a Lebanese mother and a Swiss father he was raised in Singapore and Switzerland. He also worked as an illustrator for the New York Times and as a cartoonist for Newsweek. Many of his cartoons reflect events in Swiss and international news, such as the 9/11attacks, the rise of the Swiss People’s Party, and the Israeli–Palestinian conflict. Chappatte lives between Los Angeles and Geneva.

“Mr. Chappatte was born in 1967 in Karachi, Pakistan to a Lebanese-born mother and a Swiss father. He was raised in Singapore and Geneva and lived in New York and Los Angeles. Spouse: Anne-Frédérique Widmann He is now based in Geneva with his wife and their three sons.”

“Since 1995, Chappatte has worked in graphic journalism, or comics journalism, a genre of reporting using the techniques of graphic novels. His most recent stories covered the war in Gaza (2009), the slums of Nairobi (2010) and gang violence in Central America (2012). These reports were published in several newspapers, including the New York Times; one was turned into a short animated documentary in 2011.”

“Patrick Chappatte draws a twice-weekly cartoon in the Opinion section of The International New York Times, formerly known as the International Herald Tribune, which has published his work since 2001. His cartoons are featured on the newspaper’s website. Over the years, he has collaborated with editorial cartoonists in conflict-ridden countries with the goal of promoting dialogue through cartooning. These projects focused on Serbia, Ivory Coast, Lebanon, Kenya, and Guatemala. He described the work in a TED talk in 2010. In 2011 and 2015, Chappatte won the Overseas Press Club of America’s Thomas Nast Award for the best cartoons on international affairs. He is the only non-American to have won this prize.” “Patrick Chappatte went to southern Lebanon in 2009, where people still live with the threat of actual time bombs, in the form of cluster-munition bomblets. While there, the editorial cartoonist created a report in comic-book format: Death in the Field. The report was released in 2011 as an animated documentary. It was aired on Swiss and French TV, toured documentary festivals, and won an award in Australia. Chappatte said the process of creating the documentary was both a personal and professional endeavor. “I have a Swiss father and a Lebanese mother, so I wanted to better understand the problems that the people of Lebanon are still facing, long after the fighting stopped,” he said. “I also wanted to use my craft as a cartoonist, my experience as a journalist and my sense of satire to create a new kind of prism through which to view forgotten conflicts and a new technique for revealing the humanity behind the story.” “He also co-founded with French cartoonist Plantu the Geneva-based “Cartooning for Peace” foundation, inspired by Kofi Annan, who was the organization’s honorary chairman until his death in August 2018. Every two years, the Swiss foundation awards an international prize recognizing a cartoonist for both his talent and his courage. In September 2016, it organized a Beethoven symphony in cartoons in the Geneva concert hall.” 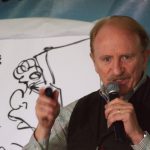